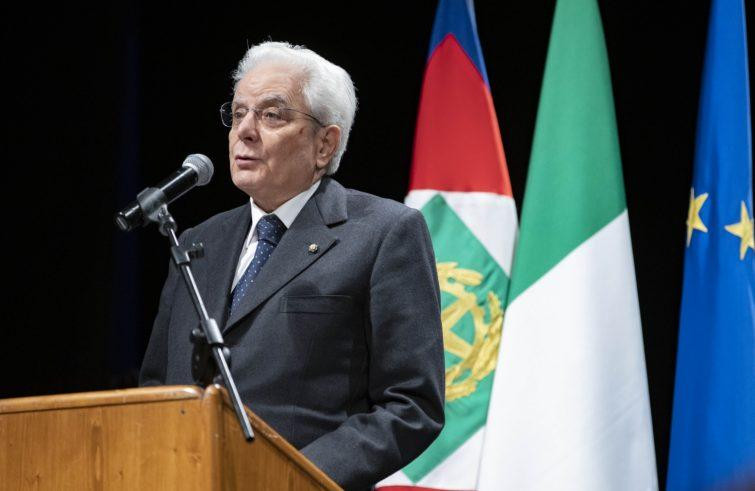 Political momentum in Italy continued to swing behind the joint bid from Milan and Cortina d'Ampezzo to host the 2026 Winter Olympic and Paralympic Games with the country's President Sergio Mattarella promising the "utmost support" for the campaign.

His backing came only a day after Deputy Prime Minister and Interior Minister Matteo Salvini, described as the most powerful and prominent politician in Italy, urged the Government to find the funds for the bid.

The backing of Mattarella is significant because one of the main roles of the President of Italy is to ensure "national unity".

He said in a speech this morning that the 2026 Games "have great importance, not only for the two cities but also for the whole of Italy" - the clearest indication yet that the Italian Government will provide the financial guarantees necessary before the International Olympic Committee (IOC) vote on which city should host the Games at its Session in Lausanne on June 24.

Mattarella added: "I assure all the support and backing possible."

The backing by Mattarella means that, for the second consecutive day, the bid from Milan-Cortina 2026 has stolen the attention of its only rival for the Games, Stockholm-Åre 2026.

Like Milan-Cortina, Stockholm Åre 2026 lacks formal Government guarantees, normally a prerequisite of any bid from the IOC but which have now been stretched to ensure there are at least two bidders.

There have been regular reassurances from key Stockholm-Åre 2026 officials that they have the support of both the national and local Government but they have so far not received anything like the public pronouncements of backing that Milan-Cortina 2026 have from Mattarella and Salvini.

Milan-Cortina 2026 had already stolen a march on Stockholm Åre 2026 when, in January, the Italian Government had pledged its support in a letter sent by Prime Minister Giuseppe Conte to IOC President Thomas Bach but which stopped short of promising the financial guarantees.

The assurances provided by the Italian Government include security, entry visas into the country and the protection and respect of human rights.