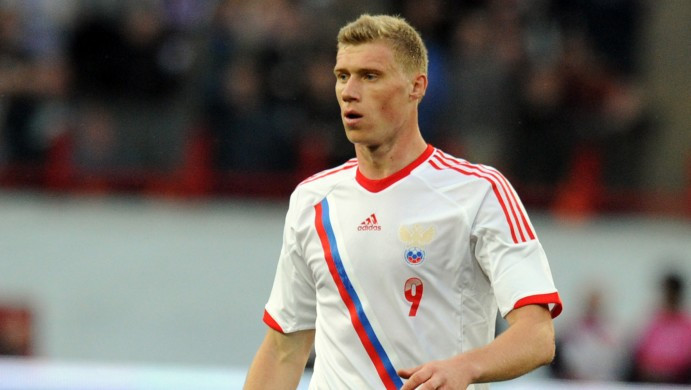 Russian footballer Pavel Pogrebnyak has been fined and given a conditional suspension after suggesting that black players should not play for the Russian national team.

Pogrebnyak has been fined 250,000 rubles (£3,000/$4,000/€3,500) by the Russian Football Union (RFU) after giving an interview to Komsomolskaya Pravda, in which he revealed he was opposed to non-Russian players receiving Russian passports and playing for the national team.

Fernandes currently plays for CSKA Moscow and Ari for Krasnodar, with both players having gained caps for Russia.

"I don't see the point of this," he told Komsomolskaya Pravda,

"I do not understand at all why Ari received a Russian passport.

"It is laughable when a black player represents the Russian national side."

The RFU responded with a fine and a conditional suspension, which would see Pogrebnyak banned until the end of the season only if he made another discriminatory remark.

Pogrebnyak has since apologised and will not appeal the decision.

The President of Ural Yekaterinburg has defended the player, however.

"Why can he not express his opinion?" Grigory Ivanov said.

"I think that they should not be disqualified, I don’t need to initiate anything.

"If you ask the masses of football players, the majority will support his opinion."

The 35-year-old striker has played for a number of clubs, including Zenit Saint Petersburg in Russia, VfB Stuggart in Germany and Reading and Fulham in England.

He has made 33 appearances for the Russian national side.

The footballing world is currently dealing with a number of racist incidents, with UEFA recently charging Montenegro after racist chants were allegedly directed towards England players during the two countries' Euro 2020 qualifier last weekend.