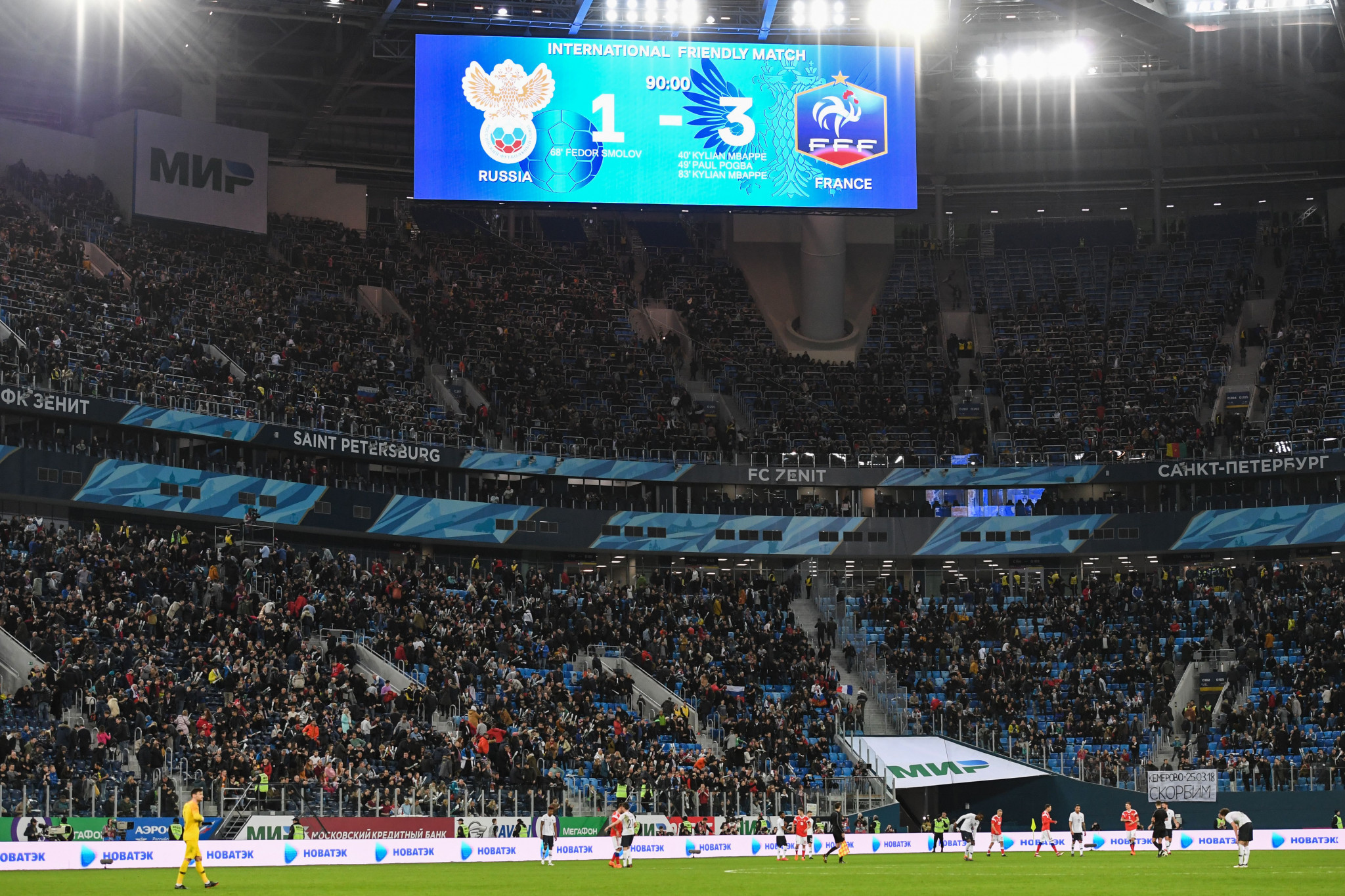 Saint Petersburg is one of the venues due to stage matches at the tournament, which begins on June 14 and concludes on July 15.

An investigation into the incident, where black French players such as Manchester United midfielder Paul Pogba and FC Barcelona's Ousmane Dembele were subjected to monkey taunts, found the RFU had breached the FIFA Disciplinary Code.

The FIFA Disciplinary Committee said the World Cup host nation should be punished "after analysing all the specific circumstances of the case, in particular the gravity of the incident".

They suggested that the sanction could have been worse if more fans were involved.

In a statement, FIFA reiterated their "zero-tolerance approach to discrimination" and claimed they had implemented "a series of measures to fight discrimination and promote diversity".

"Speaking in general terms, FIFA calls on all fans to come to the stadiums in a spirit of unity, peace and friendship," the FIFA statement added.

Racism remains one of the key concerns in the build-up to the World Cup owing to Russia's poor record.

Russian fans have been charged with racism offences at the previous two UEFA European Championships.

Referees have been given the power by FIFA to halt or abandon matches at the World Cup, due to start with the opening match between Russia and Saudi Arabia in Moscow, for discriminatory incidents.

The racist incident involving the Russian fans and French players marked the latest at the Saint Petersburg Stadium, which is due to host a World Cup semi-final.

Zenit St. Petersburg has twice faced charges from European football's governing body UEFA as a result of racism from fans during matches in the Europa League, the second-tier club competition on the continent.

The club were sanctioned after its fans displayed a large banner praising Serbian war criminal Ratko Mladic at a match against Macedonian side Vardar in November.

In February, chants mocking a black player were audible from sections of the Zenit crowd during a game with German club RB Leipzig.

Last year, Spartak Moscow and rivals Dynamo Moscow were both fined by the RFU for racist behaviour from their fans.