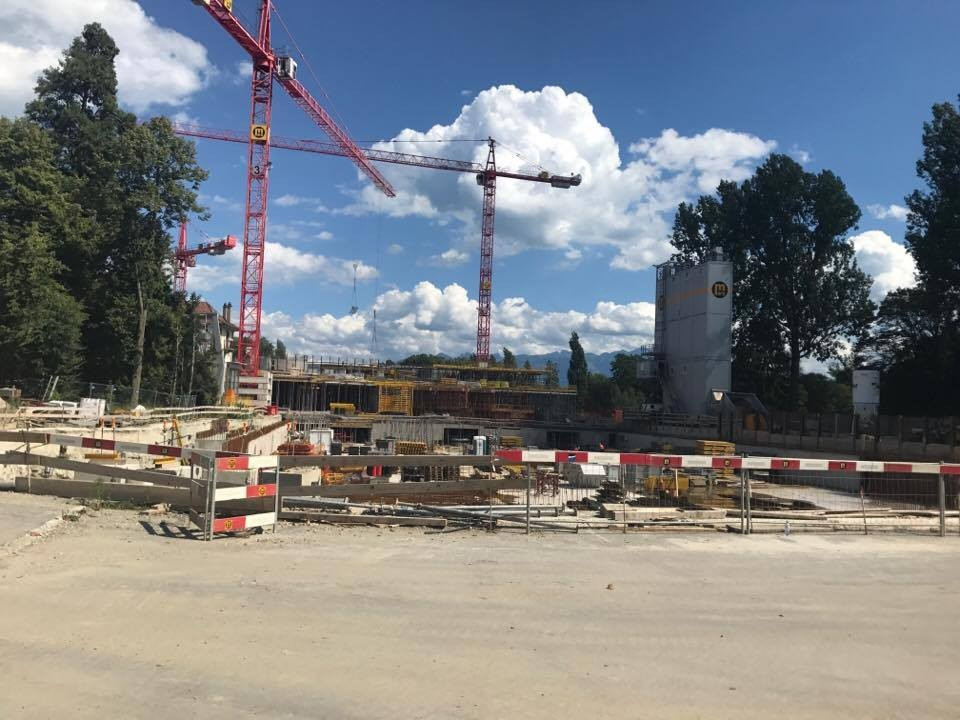 A 2019 completion date is now being targeted by the International Olympic Committee (IOC) to complete a new headquarters building here which is expected to cost a “maximum” of CHF200 million (£159 million/$207 million/€181 million).

Construction work is now underway on the site close to the Lake Geneva shoreline following the demolition of the previous headquarters site there last year.

It is hoped that the main structure of the building will be completed by the end of 2017.

Other elements, including a glass façade, will then be added in 2018.

No precise date in 2019 has yet been given for either completion or an official opening.

But architects from Danish company 3XN were keen to make it clear during a tour of the construction site how this total is their maximum ceiling rather than a definite target.

Environmental innovation and sustainability is at the heart of the new design.

This includes the use of lake water for building systems, photovoltaics for solar power and optimised natural lighting.

Solar panels on the roof will form the shape of a dove to represent "peace" and the Olympic Truce.

It will consist of a hospitality floor on the lowest level alongside a welcome area, restaurant and sports cafe where visitors can watch sports events, alongside five large meeting rooms.

Three floors of offices will lie above it.

A winding staircase structure is aiming to "symbolically echo the unifying aspirations of the Olympic rings" as well as encourage movement and communication.

An underground car park lies in front of the building, although it will be fully hidden by a grass lawn.

A total of 115 trees have been planted on the site, it is claimed.

The 2.4 hectare project is aiming to bring together all of the IOC's 600 staff who are currently spread across five different offices in the Swiss city onto one site.

It will be connected to the Château de Vidy, which has been the IOC's main headquarters since 1968 and has not been demolished as it is a listed building

Most departments, including the Executive Office, are currently housed at temporary headquarters in Pully.

Others, including Finance, Medical and Legal Departments, are based in Rhodanie.

The Ethics Department is located in Ouchy while Olympic Solidarity and National Olympic Committee Relations are based at Mon Repos.