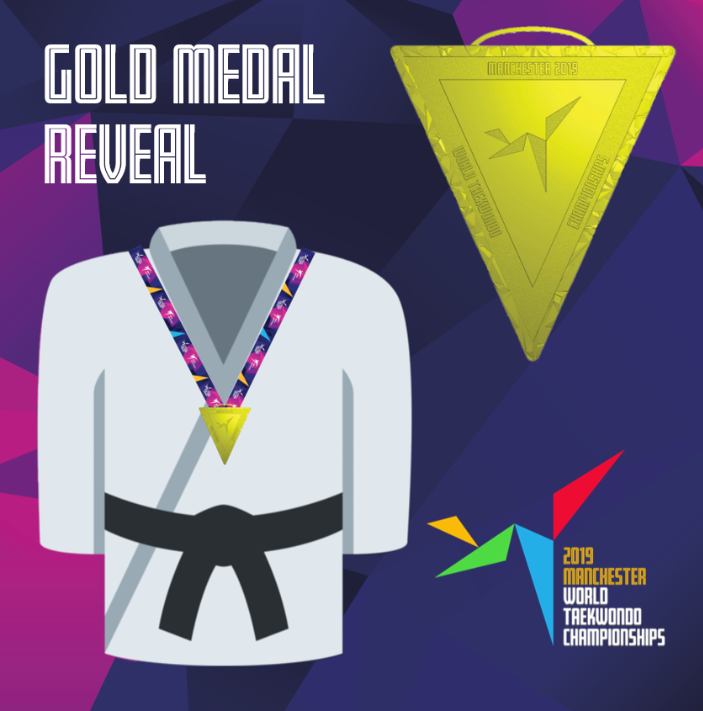 Organisers of the 2019 World Taekwondo Championships in Manchester have marked 50 days to go until the event by revealing the design of the gold medals for which athletes will be competing.

The unique, triangular design will be a first for the World Championships with the shape featuring predominantly throughout this year’s edition.

Drawing inspiration from how taekwondo athletes' bodies make triangular shapes when kicking, the triangle is being used as a representation of the sport in its purest form.

The medals are being set as three overlaid triangles, which, it is claimed, creates depth and depicts stages that an athlete must go through in order to reach their central goal - becoming a world taekwondo champion.

All medals will feature this shape and will be given to the athletes during the five days of competition at the Manchester Arena from May 15 to 19.

Organisers are encouraging people to let them know what they think of the medal design on social media, using #kickingforglory.

Tickets can still be purchased for the event, which will mark the first time a World Taekwondo Championships has been held in Great Britain.

This weekend also marks the deadline for volunteer applications.

More information on the 32 different job roles available, shift times and benefits can be found here.

Earlier this month, organisers revealed images of the venue set-up for the first time.

It is claimed the Manchester Arena will be home to an "eye-catching and colourful lay-out".