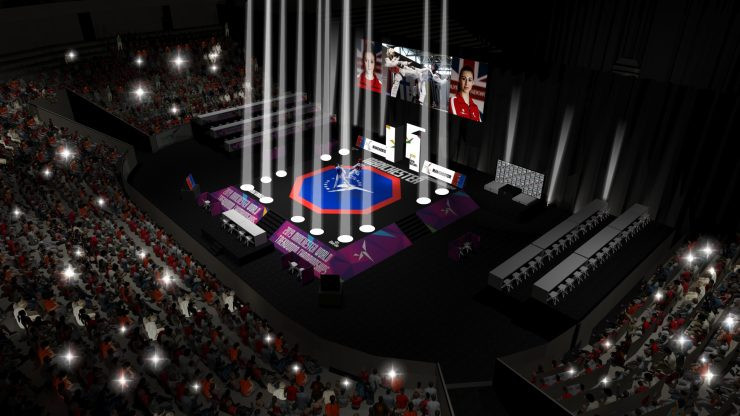 Organisers of this year's World Taekwondo Championships in Manchester have revealed images of the venue set-up for the first time.

The sport's flagship competition will be held in the English city between May 15 and 19 with action taking place at the Manchester Arena.

It is claimed the Arena will be home to an "eye-catching and colourful lay-out".

During day sessions, seven courts will be set-up as athletes contest knock-out rounds.

These mats will feature the event's slogan of "a time to inspire, a time to thrill" while digital boards will display the scores.

In the evening sessions, the Arena will switch to "show court" mode when lights will be dimmed to intensify the atmosphere.

Competing athletes will have their images flown high next to a large digital display screen showing all the match action, as the competition reaches the medal stage.

Britain has not hosted the World Championships before and will be looking for a strong event.

Double Olympic champion Jade Jones and triple world champion Bianca Walkden are expected to be part of their team.

More than 1,000 athletes from more than 150 countries are expected to compete in all.