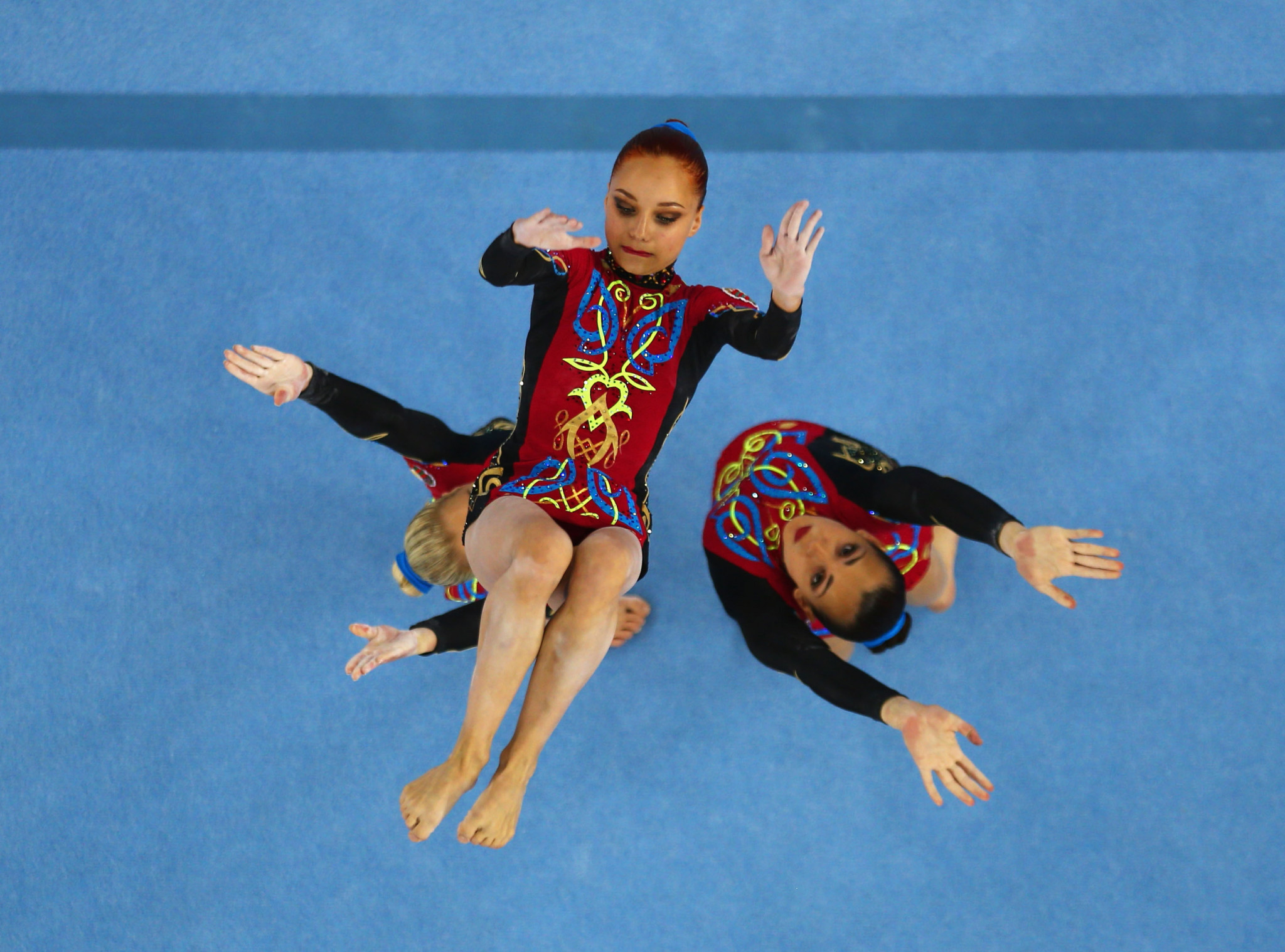 At the first such event to take place in the United States since 2009, the Belarusian world silver medallists Julia Ivonchyk, Angelica Sandovich and Veranika Nabokina claimed the top prize with a score of 29.670 points.

That saw them finish just ahead of their compatriots Sofiya Belmach, Darya Niamarskaya and Anhelina Tsiukha at the Rio All-Suite Hotel and Casino.

In all, five World Cup golds were distributed, with the others going to China, Russia, Kazakhstan and Portugal.

The first to go ahead, the men’s group final, was won by China’s world silver medallists Fu Zhi, Guo Pei, Jiang Heng and Zhang Junshou with a score of 30.910 points.

In a competition containing just three teams, Portugal gained the silver medal and Russia the bronze.

The Russians did gain a gold medal in the third final as Viktoria Aksenova and Kirill Startsev triumphed in the mixed pair event, scoring 29.970 points.

Russia also won the bronze medal in that event and Belarus the silver.

Kazakhstan won their gold in the men’s pair final, where Daniel Dil and Vadim Shulyar scored 28.450 points, while Portugal topped the podium in the women’s pair event where Rita Ferreira and Ana Teixeira managed 28.370.

Hosts the United States failed to win a medal in any event.

Their team of Emily Davis and Aubrey Rosilier came closest in the women’s pair final, where they finished fourth.