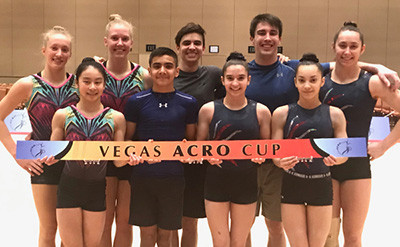 According to USA Gymnastics, more than 1,000 gymnasts from 18 countries are competing but in one of the senior events today, only one team took part.

A similar situation arose in the elite mixed pair competition, in which only two teams competed.

Finishing first were the team of Mavro and Foxman, who scored 26.150 to beat their only rivals Lamont and Zenkins.

Some nine teams took part in the women’s group discipline.

Finishing top were Faulkner, Di Lorenzo and Schwindt with 26.980.