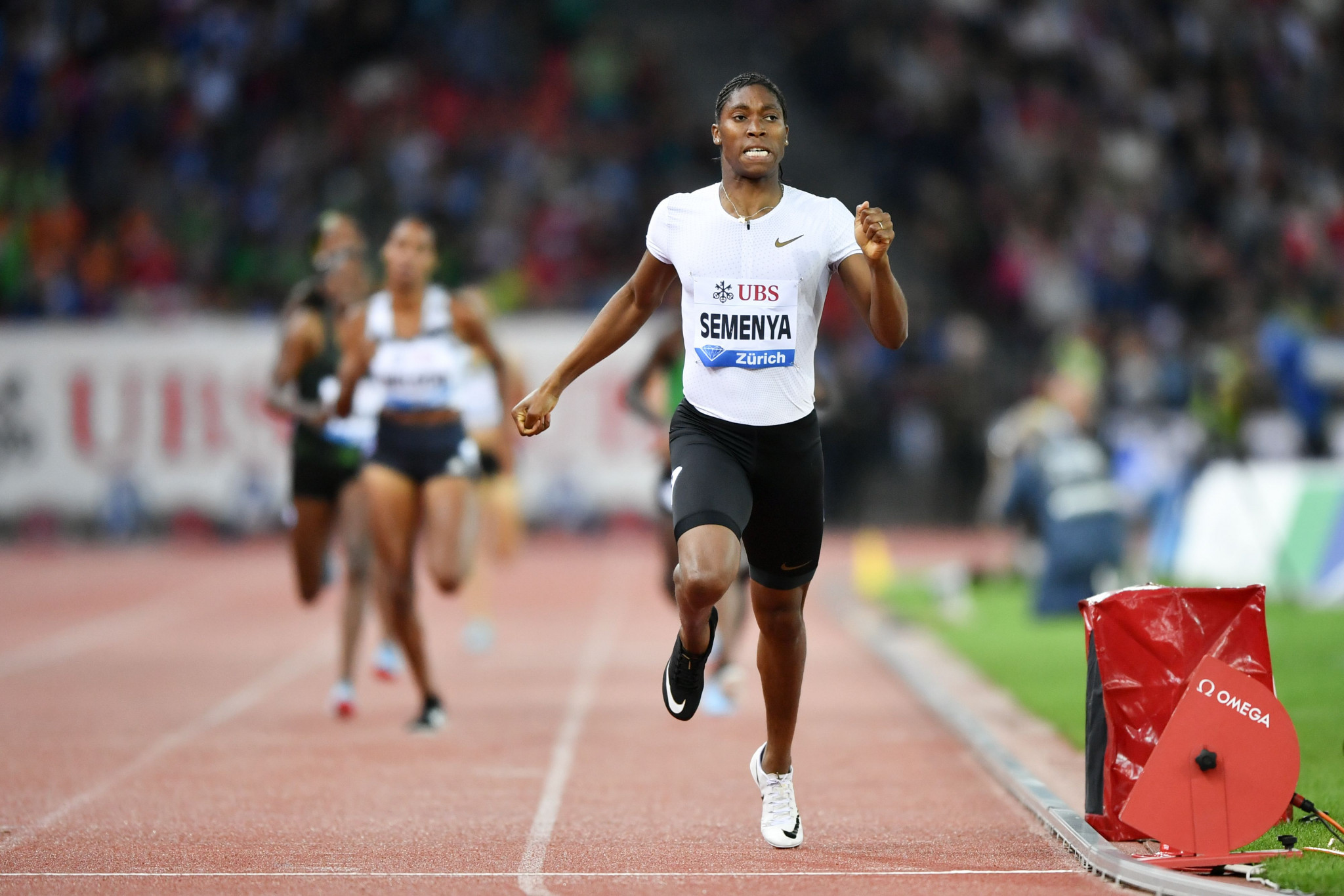 In the 90 second film released during the Oscars ceremony last night, a clip of Semenya winning an IAAF Diamond League race is played, over which 23-time Grand Slam tennis champion Serena Williams says "if we’re too good, there’s something wrong with us".

It comes just two days after the end of a week-long appeals tribunal between Semenya and the IAAF at the Court of Arbitration for sport (CAS), at which the IAAF argued 28-year-old Semenya has an unfair advantage over her rivals because of naturally occurring high levels of testosterone caused by differences of sexual development (DSD).

The IAAF has repeatedly claimed that in the interests of fair competition Semenya and other female athletes with abnormal testosterone levels, who compete in track events between 400m and a mile, should be forced to take medication to reduce their hormone levels or compete against men.

Their stance has caused significant controversy, with many, including human rights experts, feminism activists and women’s sports groups, calling for their proposed rule to be scrapped.

Semenya herself has said she just wants to run "the way I was born" and her sponsor Nike has now again publicly backed their athlete.

Semenya had been given her own advert by Nike last September demonstrating "her journey to success".

Elsewhere in the latest advert, which takes aim at all stereotypical criticisms of female athletes, tennis great Williams also says "if we [women] show emotion, we’re called dramatic” and “if we dream of equal opportunity, [we’re called] delusional".

Williams herself caused controversy at last year’s US Open, where she lost her cool in the final and called the chair umpire a liar.

Some later questioned whether a man would have been treated the same way for such an outburst.

Nike has a history of creating adverts in support of its stars when they become embroiled in such controversial cases.

In September last year they released another called "dream crazy", in which American football star Colin Kaepernick was shown as the narrator said "believe in something, even if it means sacrificing everything".

He became famous worldwide for kneeling during the national anthem at National Football League games, protesting against alleged police brutality and racism in the United States.

Since sparking the protest, which critics have called unpatriotic and disrespectful to war veterans, the quarterback has been without a team.

Many now consider his career over and Nike has drawn a clear comparison to Semenya’s case, calling the new advert "dream crazier".

Unlike Kaepernick though, Semenya may well compete again if the CAS rules in her favour.

Even if the CAS rules against her, Semenya could still compete with women if she takes medication to reduce her testosterone levels , but considering her stance to date it seems unlikely she would take that option.

A verdict in the case expected by March 26.

In other Semenya related news, the German television firm ARD has suggested the IAAF has inadvertently published data allowing for the jigsaw identification of athletes suffering from medical problems including hyperandrogenism.

In a piece broadcast yesterday, ARD claim they have been able to identify "approximately 50" female athletes and their rough testosterone levels, using the results of an IAAF-funded study.

They say while the athletes are not named by the study, their identification is possible as the data shows the exact times they have run, distances they have thrown and heights they have jumped.

They conclude therefore, that it is "possible" the rights of Semenya and other female athletes could be violated.

For confidentiality reasons, the results of gender testing Semenya has been made to take over the years have never been made public and IAAF President Sebastian Coe has called such confidentiality “absolutely vital”.

In a lengthy statement sent to insidethegames, the IAAF denied that any individual athlete could be identified from the data.

“Both of the studies concerned have been published by reputable international scientific journals and as such they have gone through a thorough and standardized peer-review process that ensures they meet the international ethical standards for medical research involving human subjects established under the Helsinki Declaration, including those that govern privacy protection,” they said.

“It is important that sport is able to conduct robust research that can be peer reviewed and published as this is important to the development and evolution of rules in sport.

“Much of our research we are unable to publish as it contains specific and confidential information, and we have been frequently and publicly asked to share this and we have not.

“The research included in this paper has been carefully compiled to show ranges of recorded testosterone levels against performance levels in a range of events, dividing the field of athletes into 3 equal parts – the top third by performances, the bottom third by performance and the remaining third in the middle.

They added that the sports in which the relevant athletes take part is not mentioned in the study, so “it would be wrong to assume they are all from the sport of athletics”.