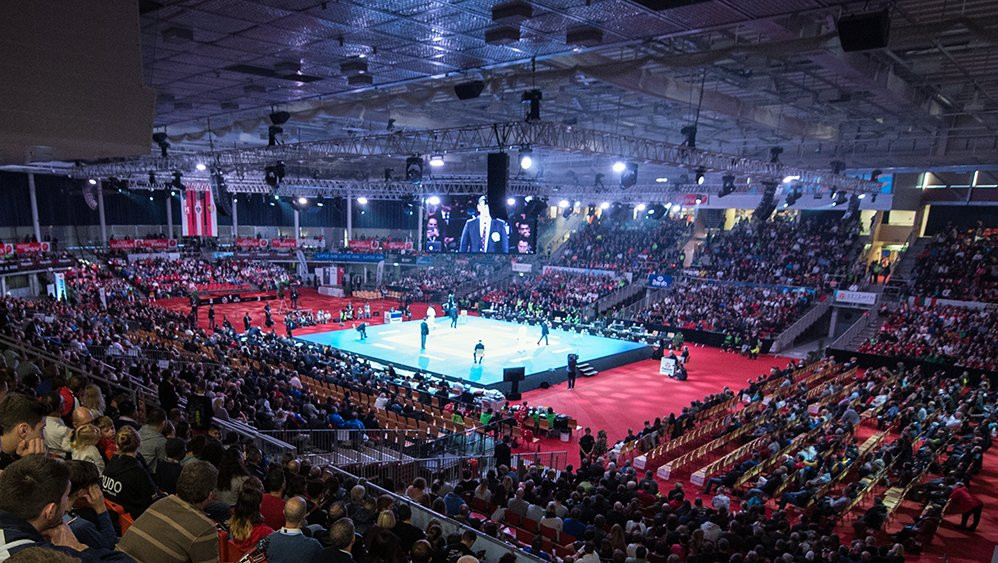 The World Karate Federation (WKF) has confirmed Irish athletes will be allowed to participate at this month's European Championships, with the international governing body claiming a solution to a national-level dispute seems unlikely to be found in the near future.

In an open letter sent to the International Olympic Committee, the Association of Summer Olympic International Federations (ASOIF) and the WKF yesterday, Global Athlete director general Rob Koehler stated Irish athletes were being "used as pawns" and "held back" from competing at the event in Spanish city Guadalajara.

The argument has resulted in the formation of two bodies claiming to run the sport.

It was claimed in the letter that only athletes supporting the long-standing former President were registered to compete at the European Championships, due to take place from March 28 to 31, while those not doing so were being blocked.

But in a response to the letter, released today, the WKF has given assurances that Irish athletes will be allowed to participate.

"The World Karate Federation would like to point out that these athletes have already participated in many WKF events including World Championships and Karate 1 events, also very recently," a statement read.

"As for the current issue concerning the registration of athletes in the upcoming European Championships, the WKF is aware of the internal governance dispute in Ireland and has, in fact, worked with Irish bodies to secure the welfare of the athletes.

"Since a solution to the conflict seemed not likely to be found in the near future by the parties in their internal dispute, the WKF decided to take action and Irish athletes will be allowed to participate at the upcoming EKF (European Karate Federation) Senior Championships with the direct coordination of all parties by the WKF.

"Hence, the WKF would like to state that these athletes will be able to compete and represent their country at the 2019 EKF European Championships with the same guarantees as the rest of the karatekas taking part at the event in Guadalajara."

Koehler said he was thrilled by the WKF's announcement.

"I think it’s a victory for all the athletes in karate in Ireland because you’re dividing them, you’re putting athletes in the middle of a political dispute," he told insidethegames.

"I think that just shows you the power of representation and athletes uniting to stand up.

"It’s great news for all of them."

When contacted by insidethegames, ASOIF executive director Andrew Ryan said the issue is outside the scope of the association as it has "no jurisdiction in a case like this at all".

"As the recognised world governing body for the sport of karate it is a matter that only the WKF can address through its own rules and regulations," he added.

Last month, Irish and international sports news website The42 reported a letter had been sent to a number of Ireland's leading karatekas, threatening to prevent them from competing at Olympic qualification events.

THE WIN FOR IRISH KARATE ATHLETES
The door is now open for Irish Athletes to compete at the Karate European Championships. A "High Five" moment for athletes and athlete power everywhere! Athlete Power in the Making. @caradhodonovan @worldkarate_wkf #SeasOfChange #WeAreAthlete pic.twitter.com/MCQsCBIv0m

They were informed they would not be allowed to compete in the Karate 1-Series A event in Austrian city Salzburg, held at the start of this month, unless they agreed to affiliate with the Official National Amateur Karate Association of Ireland (ONAKAI) within 24 hours of receiving the letter.

Both ONAKAI and Karate Ireland ONAKAI, the two groups which exist as a result of the split of the sport in the country, claim to be the national governing body.

ONAKAI is led by Peter Coyle, the long-time President of the sport's governing body in Ireland.

The42 reported in October that it understood a no-confidence vote had been taken against Coyle, resulting in his removal as President and chairman of Karate Ireland ONAKAI on June 21.

It was then that he was reinstated as President, but Coyle's opponents claimed the meeting had been "unconstitutional" and therefore not valid.

ONAKAI was rebranded to Karate Ireland ONAKAI in 2016 but following the EGM, Coyle reverted to the original name and wrote to the WKF to inform them he had been reinstated as President and his explanation was accepted.

However, an email sent to members of the association and seen by The42 confirmed Sport Ireland had recognised Karate Ireland ONAKAI as the official governing body and made its position clear to the WKF.

The athletes threatened with expulsion from Olympic qualification events competed at the 2018 World Championships, held in Madrid in November, but some did so without the assistance of their coaches, who themselves were banned from the event due to their association with Karate Ireland ONAKAI.