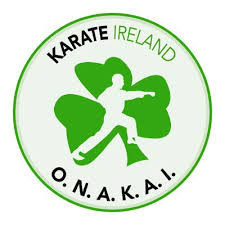 Global Athlete director general Rob Koehler has called for action from the International Olympic Committee (IOC), the Association of Summer Olympic International Federations (ASOIF) and the World Karate Federation (WKF) amid a dispute in Irish karate.

An internal power-battle has seen the country's athletes "held back" from competing at the European Championships in Spanish city Guadalajara later this month, it has been claimed.

In an open letter sent to the three bodies, Koehler said athletes from the Irish Karate Federation are being "used as pawns".

The argument has resulted in the formation of two bodies claiming to run the sport.

Only those athletes supporting the long-standing former President are registered to compete at the European Championships, due to take place from March 28 to 31, while those not doing so are being blocked, it is claimed in the statement.

"This is totally against the fundamental rights of athletes to compete and is a prime example of the sad and backward state of sport governance," Koehler writes.

"This is why a balance of power between athletes and sport administrators is needed now.

"As leaders of sport, you have a duty to step in to uphold the rights and welfare of these athletes.

"Global Athlete is aware they have formally written to the International Olympic Committee and Association of Summer Olympic International Federations and have received no response.

"We also call on the IOC Athletes' Commission and the European Athlete Commission to stand shoulder to shoulder with these athletes to support their right to compete."

Last month, Irish and international sports news website The42 reported that a letter was sent to a number of Ireland's leading karatekas, threatening to prevent them from competing at Olympic qualification events.

They were informed that they would not be allowed to compete in the Karate 1-Series A event in Austrian city Salzburg, held at the start of this month, unless they agreed to affiliate with the Official National Amateur Karate Association of Ireland (ONAKAI) within 24 hours of receiving the letter.

"As you will know, only WKF recognised NGB (national governing body) members can participate in EFK (European Karate Federation)/WKF events, and even these must be sanctioned by the ONAKAI Executive Committee to represent Ireland," a section of the letter reads.

The controversy has seen the sport in the country split into two different groups - Karate Ireland ONAKAI, and ONAKAI.

Both claim to be the national governing body.

ONAKAI is led by Peter Coyle, the long-time President of the sport's governing body in Ireland.

The42 reported in October of last year that it understood that a no-confidence vote was taken against Coyle resulting in his removal as President and chairman of Karate Ireland ONAKAI on June 21.

It was then that he was reinstated as President, but Coyle's opponents claim that the meeting was "unconstitutional" and therefore not valid.

ONAKAI was rebranded to Karate Ireland ONAKAI in 2016, but following the EGM, Coyle reverted to using the original name and wrote to the WKF to inform them that he had been reinstated as President and his explanation was accepted.

However, an e-mail sent to members of the association and seen by The42 confirmed that Sport Ireland had recognised Karate Ireland ONAKAI as the official governing body and made its position clear to the WKF.

The athletes threatened with expulsion from Olympic qualification events competed at the 2018 World Championships, held in Madrid in November.

Some did so, however, without the assistance of their coaches, who themselves were banned from the event due to their association with Karate Ireland ONAKAI.