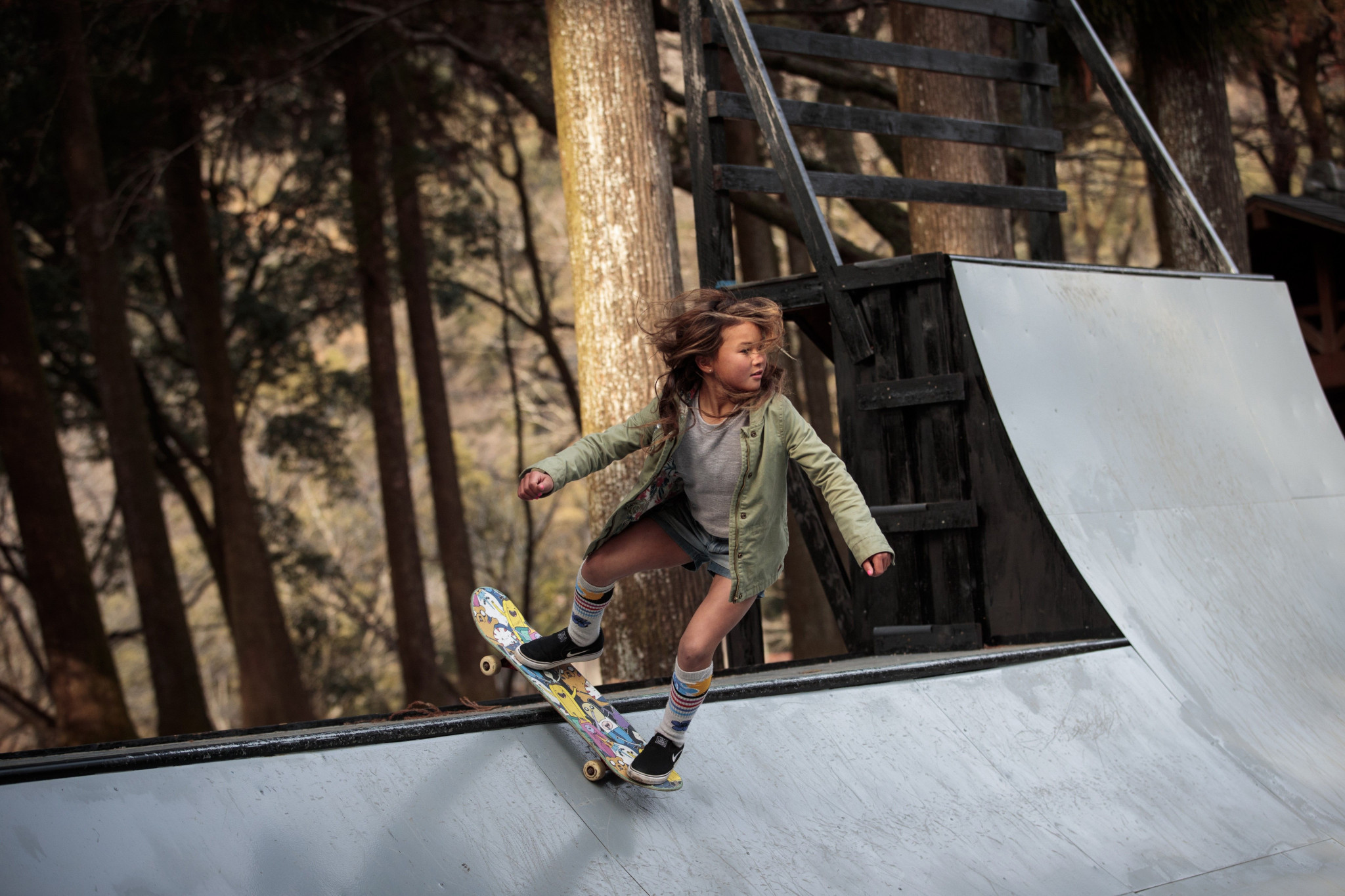 Ten-year-old star Sky Brown is among a team of five skateboarders who will benefit from UK Sport's recent Aspiration Fund award to help them try to qualify for the Tokyo 2020 Olympics, it has been announced here today.

If she is successful in appearing at next year's Games, she will become Great Britain's youngest-ever Summer Olympian at the age of just 12.

The world's youngest pro skateboarder is a global sensation, with videos going viral and already inspiring thousands of female skateboarders from around the world.

Born in Miyazaki in Japan to a British father and Japanese mother, Brown has her sights firmly set on representing Britain at Tokyo 2020.

In February, she took first place at Simple Session, a senior women's competition in Estonia's capital Tallinn, on a park course designed for men twice her size.

Other notable results for the youngster, who lives in Miyazaki but spends much of her time in the United States, include a top-10 finish at the 2018 Vans Park Series and a second-place finish at the 2017 Asia Continental Finals.

"I'm really looking forward to be given the chance to qualify for the Olympic Games," Brown, who is also hoping to qualify for Tokyo 2020 in surfing, said.

"Although I like skating because it's fun, it would be really cool to compete in the city where I was born."

Brown first sprung to prominence when she became Nike's youngest signing, with huge posters of the skateboarder featuring in stores all over the US.

Speaking about Brown, Skateboard GB chief executive James Hope-Gill told insidethegames: "She’s such a nice kid, she’s got such a passion for skateboarding and for life and she wants to use the opportunity she’s got to help encourage girls to be inspired to be involved in sport and skateboarding, and that’s just absolutely phenomenal."

Hope-Gill also spoke of how professional skateboarder Lucy Adams, the chair of Skateboard England and Skateboard GB, played a key part in the conversations over whether Brown would opt for representing Britain.

Skateboard GB has announced its team of 5 who will benefit from @UK_Sport’s Aspiration Fund, to help them qualify for the Tokyo 2020 Olympic Games for @TeamGB

"Lucy, our chair, has known the family for a while because I guess at that sort of level of skateboarding the community is quite close knit, so it doesn’t matter who you are competing for because up until now you’ve not competed for your country," he added.

"So if you’re in an event, you’re competing for yourself or your sponsor.

"We’ve obviously been aware that Sky’s dad is British and Lucy had a conversation with him a while ago, just to sort of see what their plans were and they were quite keen to be involved with GB.

"What they didn’t want necessarily was for Sky to have pressure to over-train because skateboarding is about life and having a real passion and a love, and our attitude was look, we want Sky to enjoy herself because if she’s enjoying herself, that’s when she’s going to do well and it’s not something you want to drill out of kids.

"So I think that was the decision-maker in the sense that we were saying, 'look, we’d love her to compete for us, we will give the support that we can and what’s needed, but it’s about her and her enjoying the sport'."

Among the other four athletes on the team are 22-year-olds Alex Decunha and Jordan Thackeray, from Milton Keynes and Colchester respectively.

The Aspiration Fund will provide the five British skateboarders with the opportunity to participate in qualifying events with the aim of competing in the inaugural Olympic skateboarding competition.

Skateboard GB selected the skateboarders on the basis of their previous performance at international events, their current performance in 2019 and their potential to gain the qualification points for Tokyo.

"With just 18 months until the first Olympic skateboarding event, we’re thrilled to announce the five skateboarders who we can now support on their journey to qualifying for Tokyo 2020, thanks to UK Sport’s Aspiration Fund," Hope-Gill said.

"With this squad of talented skateboarders, we are confident that Team GB will qualify for the Olympic Games in 2020."

Adams added: "Skateboarding’s appeal is in its youth and diversity and its ability to engage with those who turn away from more traditional sports.

"The funding will help us realise and build the dreams of these five skateboarders, whilst helping to inspire the next generation."

Known for his mind-boggling trick combinations, Decunha has become a well-respected skateboarder on the competition scene.

Placing fifth at the RTM World Cup finals in Dutch city Rotterdam last year and winning Sky One’s "Revolution" has meant that he is Britain's firm favourite to progress through the qualifying competitions in the street discipline.

Professional Beckett became the first British skateboarder to win a gold medal at the Summer X Games in 2016.

Known for his consistent approach to vert skateboarding, he also became the first British skateboarder to land a 720 in the pipe and has taken countless "best trick" titles at various competitions.

Renowned pool rider Thackeray has been competing on the British park scene for the last few years.

Even through he has been on a skateboard since the age of seven, his progressive nature has seen him become one the best park riders in Britain today.

Recently-turned professional Halford, meanwhile, has been skateboarding his whole life.

Known for his invert skills in the pipe and park, he has a spontaneous and creative way of approaching skateboarding which is said to have earned him a lot of respect on the park circuit.

Skateboarding is among the four sports recently put forward for inclusion as additions to the programme for the Paris 2024 Olympics, along with breakdancing, sport climbing and surfing.