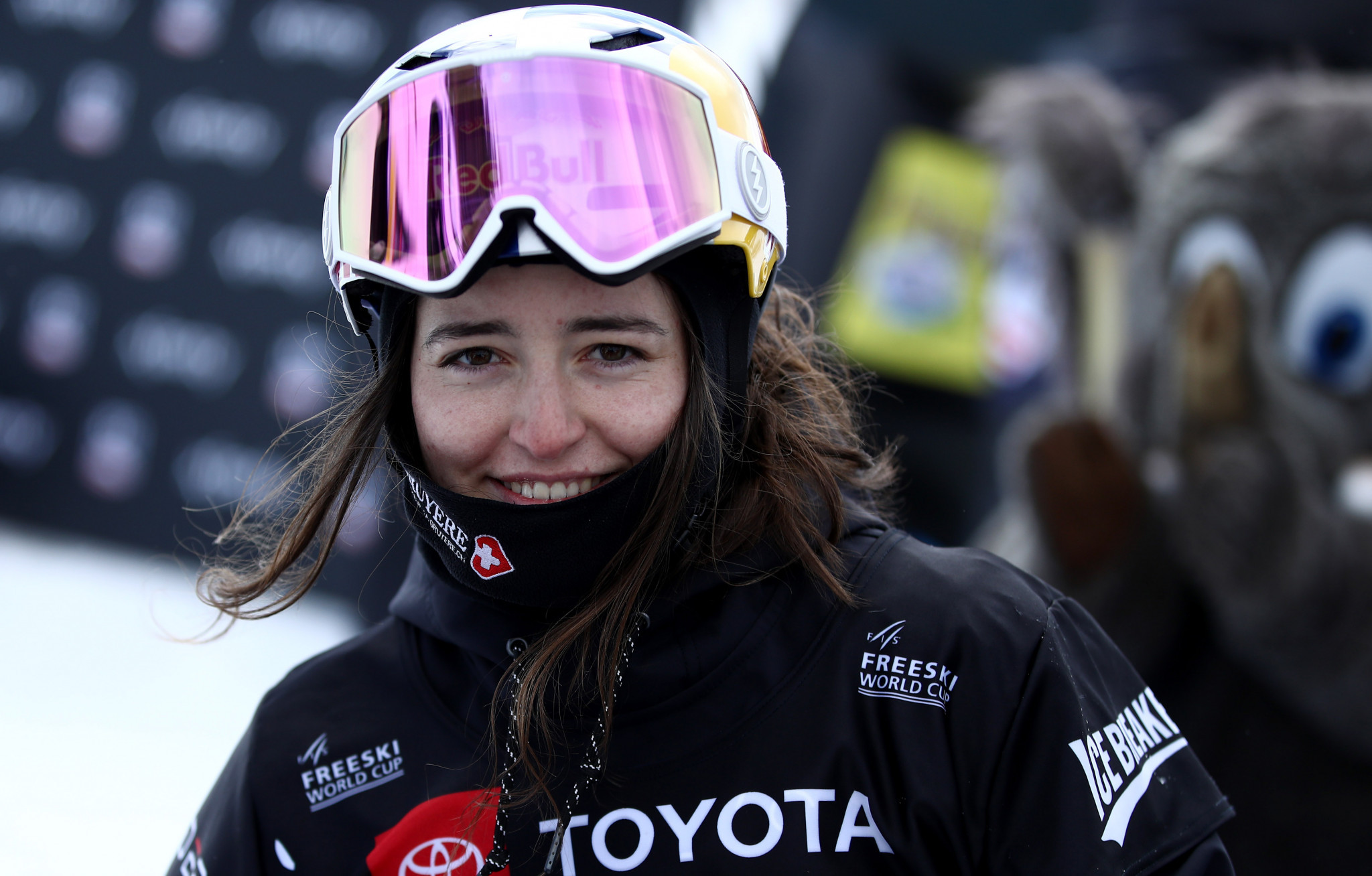 The Swiss laid down a first run of 86.65 points at the Californian resort which proved enough for a maiden gold medal on the circuit.

Nineteen-year-old Gremaud, who finished second at the Pyeongchang 2018 Winter Olympics, had finished on the podium three times before at the World Cup but never on the top step.

Her winning run began with a clean rail section that was highlighted by a 270 into a switch-up on the second rail feature.

A corked 540 off the quarter pipe/tabletop hybrid kicker, a right side 540 safety on the second-to-last jump and a switch left corked 720 high mute completed the performance.

"Today was full of surprises," Gremaud, who won despite a suspected injury, said.

"I crashed pretty hard before qualifiers and I think I broke my thumb, it's all blue.

"So I wasn't too sure about even competing today, but my coach was like, 'just go ski, chill and see what happens', and I really wanted to ski so I just went for it, and I'm super stoked I did.

"The course here had really good flow and I really liked it."

Switzerland's reigning Olympic champion Sarah Höfflin was fourth but does lead the ski slopestyle World Cup standings with just one event to go.

With 100 points available for a win, Höfflin has 230 with American Eileen Gu second on 204.

Poor weather has played havoc with the schedule at Mammoth Mountain, where World Cups in both freestyle skiing and snowboard have been held over the past few days.

A blue sky greeted competitors today, however, as the action concluded.

In the men's ski slopestyle there was another maiden World Cup winner as American Mac Forehand topped the pile on home snow.

The 17-year-old scored 90.95 with his first run, including a technical top rail section and a double cork 720 on the quarter kicker.

He finished with a right side double 1260 safety into a switch double 1440 safety on the final two kickers.

"When I got second in Stubai to start the season it was a big wake-up call," he said.

"It was like, 'man, this is crazy, maybe I can battle for the crystal globe this year'.

"To come out here and get first place today is insane."

Norway's Ferdinand Dahl was second today with 86.05 points as Kiernan Fagan of the US managed 85.20 for bronze.

Forehand has 225 points in the overall rankings.

Canada's Max Moffatt is the nearest challenger on 203, with Oliwer Magnusson of Sweden following on 170.

The last World Cup of the season for men and women will take place in Silvaplana in Switzerland on March 30.