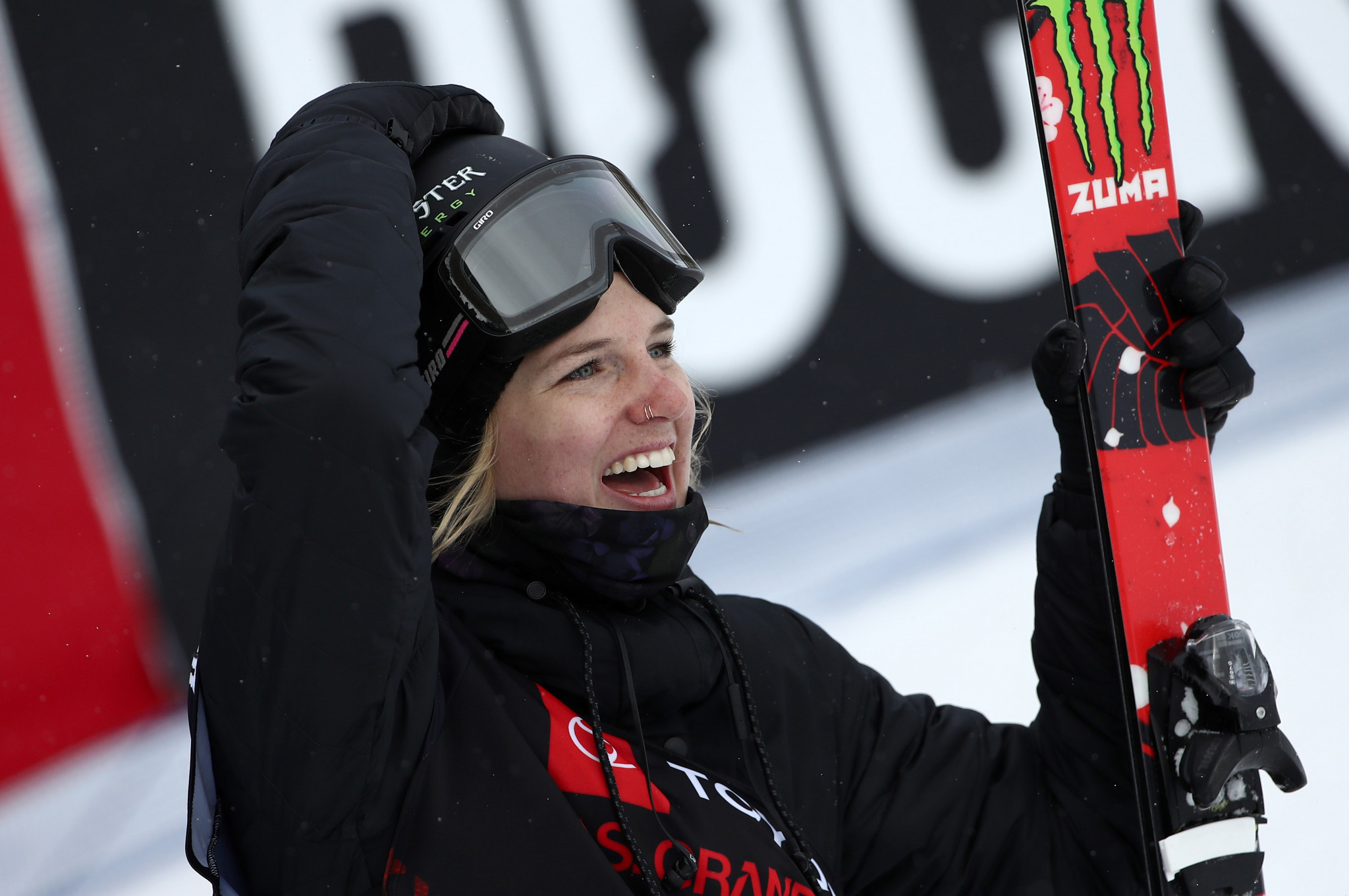 Five titles were decided in California today at the two events, due to weather playing havoc with the week's schedule.

Canada's Sharpe, the Pyeongchang 2018 gold medallist, came out on top with a score of 95.60 in the final.

This dwarfed the score of Estonia's silver medallist Kelly Sildaru, who managed 87.40, while Kexin Zhang of China tallied 82.20 for bronze.

The success was a second World Cup win of the season for Sharpe in ski halfpipe and means she has won the discipline title for the season, tallying 280 points.

There was home gold in the men's ski halfpipe as Birk Irving came out on top with a score of 95.20.

Canada's Simon D'Artois was the silver medallist on 93.80 as Thomas Krief took bronze for France with 86.60.

Olympic champion David Wise of the US missed out on the medals as he scored 85.20 to come fourth.

D'Artois' silver was enough to see him crowned as the season's discipline champion with 256 points.

At the Snowboard World Cup, titles were claimed in men's and women's halfpipe and men's slopestyle.

Another Olympic champion won the latter as Red Gerard came out on top on home snow with a best run of 85.10.

Judd Henkes ensured American silver on 83.95 and bronze was clinched by Japan's Ruki Tobita on 80.50.

Chris Corning, who was fifth today, won the overall season title with 2,250 points.

In the snowboard halfpipe competitions, both of today's winners also finished on top of the discipline standings.

Yuto Totsuka won the men's event for Japan with a best run of 95.75, making it back-to-back wins on the circuit.

China's Cai Xuetong was today's women's champion with a score of 89.25, winning overall on 3,900 points.

Silver today went to Sena Tomita of Japan on 85.25 as Verena Rohrer was awarded 77.00 for bronze.

Men's and women's ski slopestyle will be held tomorrow.