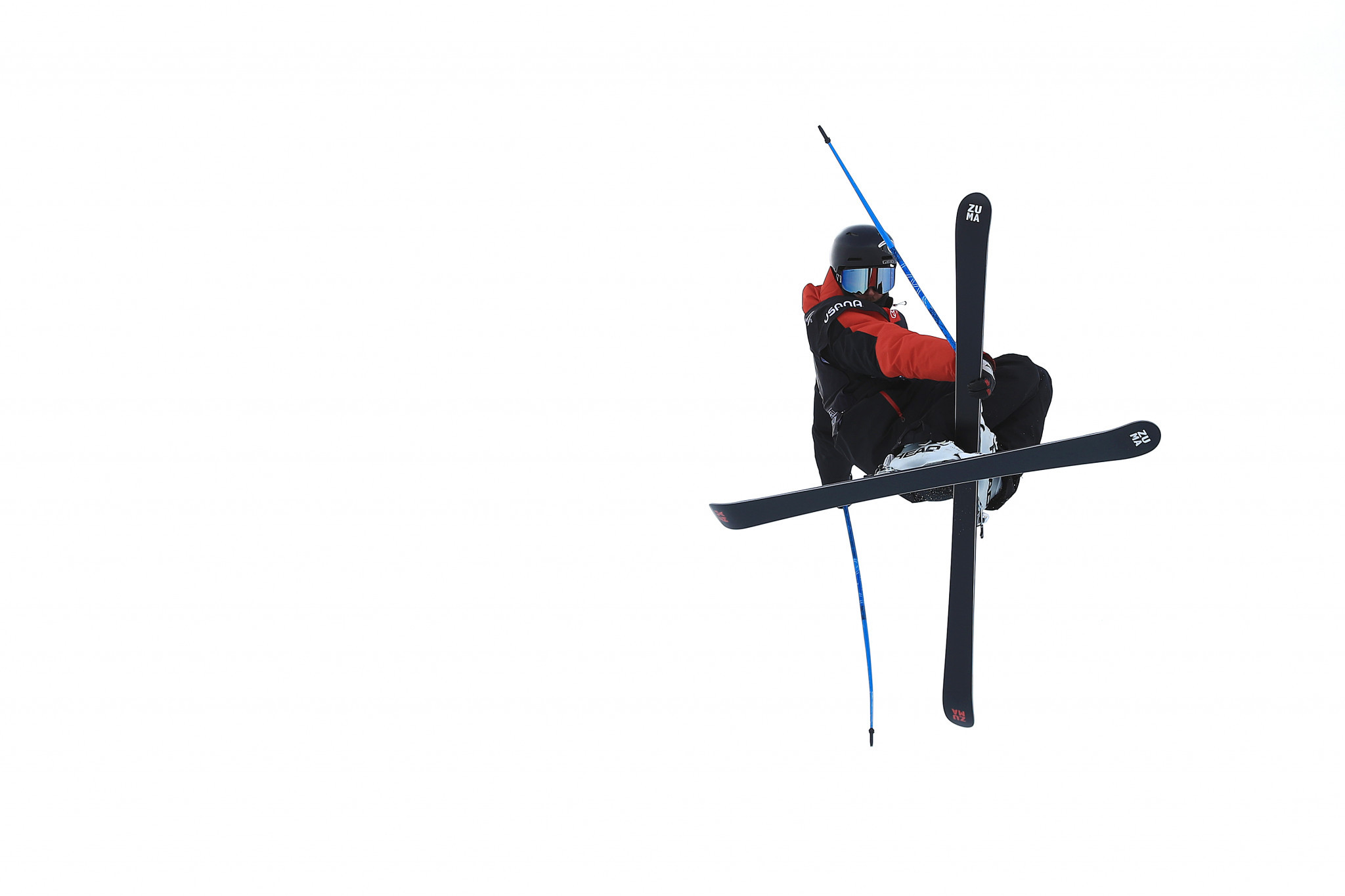 D'Artois won heat one with 94.75 points on the Super Duper Pipe course, while Wise prevailed in heat two with 92.50.

Following D'Artois in the heat one standings were Norway’s Birk Ruud with 91.50 points and the United States' Cassidy Jarrell with 87.75.

Wise led an American one-two-three finish in heat two with Birk Irving second on 87.50 points and Hunter Hess third on 85.25.

A total of 16 athletes have qualified for tomorrow’s final.

Also qualifying from heat one for the eight-athlete final were the US’s Brita Sigourney with 88.50 points, Great Britain’s Zoe Atkin with 87.25 and Canada’s Rachael Karker with 86.25.

Joining Sharpe in qualifying from heat two were Estonia’s Kelly Sildaru with 93.50 points, Germany’s Sabrina Cakmakli with 81.25 and Austria’s Elisabeth Gram with 79.00.

In the men's halfpipe event, Japan's Yuto Totsuka and the US's Ryan Wachendorfer headed the heat one and two standings respectively.

As there was no time left to get the ladies’ slopestyle Q in the books today, they’ve been now moved to Sunday. Men’s slopestyle finals are still scheduled to take place tomorrow morning starting at 9:30 PST. Halfpipe finals are set to go down on Saturday at 13:00 PST. pic.twitter.com/Pnnn1BL7ob

Totsuka managed 94.50 points with Switzerland's Patrick Burgener second on 90.25 and the US's Chase Josey third on 87.50.

A total of 16 athletes have qualified for the final on Saturday (March 9).

Also qualifying from heat one for the eight-athlete final were Japan's Hikaru Oe with 74.75 points, Spain's Queralt Castellet with 74.50 and France's Mirabelle Thovex with 72.75.

Joining Tomita in qualifying from heat two were China's Cai Xuetong with 79.75 points, Switzerland's Verena Rohrer with 77.00 and Canada's Elizabeth Hosking with 74.25.

Italy's Emiliano Lauzi was the heat one runner-up with 75.50 points, followed by The Netherlands' Niek van der Velden with 74.00.

Second in heat two was Japan's Hiroaki Kunitake with 90.00 points, while the US's Charles Guldemond was third with 83.50 prior to tomorrow's final.

There was not enough time to hold women's slopestyle qualification and this has now been moved to Sunday (March 10).