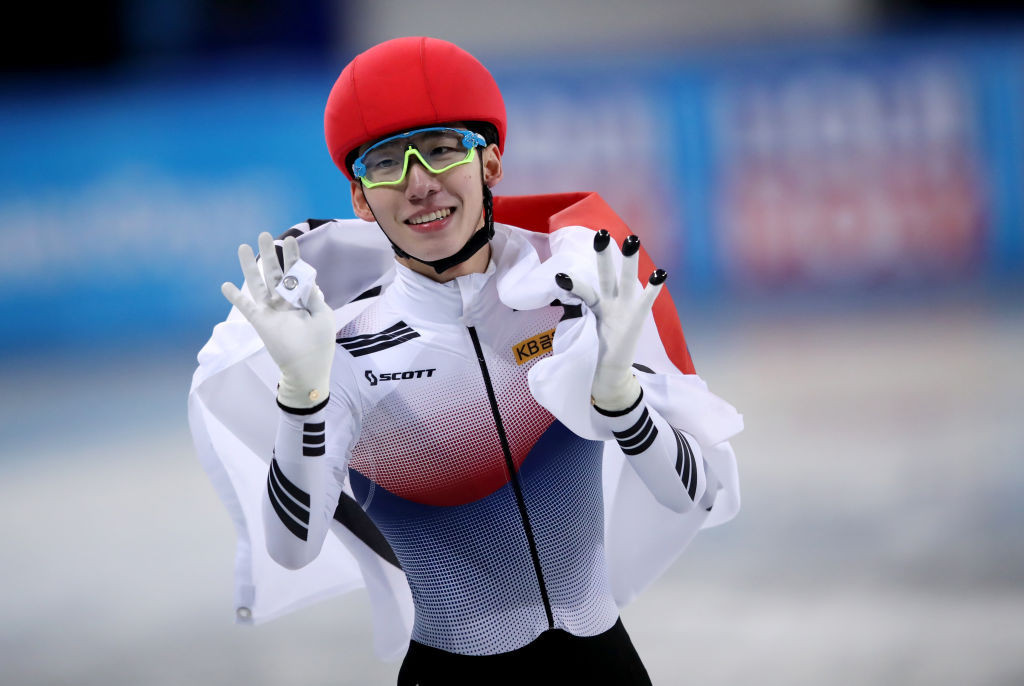 South Korea's Lim Hyo-jun and Suzanne Schulting of The Netherlands were crowned as overall champions as the World Short Track Speed Skating Championships concluded in Sofia.

Lim will leave the Bulgarian capital with five golds after he added to his 500 metres success from yesterday by also winning the 1,000m and 3,000m super final today.

He then helped South Korea power to the 5,000m relay gold as the 22-year-old confirmed his status as the dominant force in world short track.

Day two at the Arena Armeec began with Lim level on points with his compatriot Hwang Dae Heon, who impeded him on the line in the 500m final yesterday to hand him his first gold of the event.

It looked like Hwang would take the victory on the inside but Lim's burst round the back sealed him the gold medal.

The silver went to Hwang as Semion Elistratov of Russia won bronze.

In the 3,000m history repeated as Hwang was disqualified for impeding Lim, to hand his team-mate the victory.

It meant silver for Elistratov and bronze for Japan's Keita Watanabe.

Hwang came second on 55 with Elistratov third on 44.

"We have a great relationship, and no matter who wins it makes me happy."

In the women's event, Schutling became just the second European overall winner since the championship was first held in 1976.

She got the better of South Korea's Choi Min-jeong, who had won three of the last four editions, to end the season in style.

Choi was in pole position after day one after winning the 1,500m, an event which saw Schulting leave the rink in tears after disqualification.

The Dutch skater put herself in contention with 500m bronze, however, and won both the 1,000m and 3,000m super final today to grab overall glory.

In the must-win 1,000m she led from the front and could not be caught, but that still meant she started the 3,000m behind Choi.

Finishing in front of the Korean would be enough to win and she duly did so, attacking on the second-to-last corner to win and end on 81 points.

Choi, a double Olympic champion in Pyeongchang, ended on 76 with Canada's Kim Boutin third on 37.

"I won this because I trained so, so hard last summer.

"After my Olympic title at Pyeongchang over 1,000m, I wanted to prove that I am not a one-day fly.

"I won so many races this year.

"I won the European title, so that encouraged me to come to Sofia and finish with the world title.

"All credit to my coach, Jeroen Otter."

Choi held on for silver in both the 1,000m and 3,000m, with Boutin taking bronze in the former and South Korea's Kim Yi-joo doing the same in the latter.

South Korea won both of the relays as Lim and Hwang were joined by Lee June-seo and Park Ji-won for gold in the men's.

Choi did seal final day gold as she teamed up with Kim Geon-hee, Yi-joo and Shim Suk-hee in the women's 3,000m event.

The Netherlands claimed the other four.