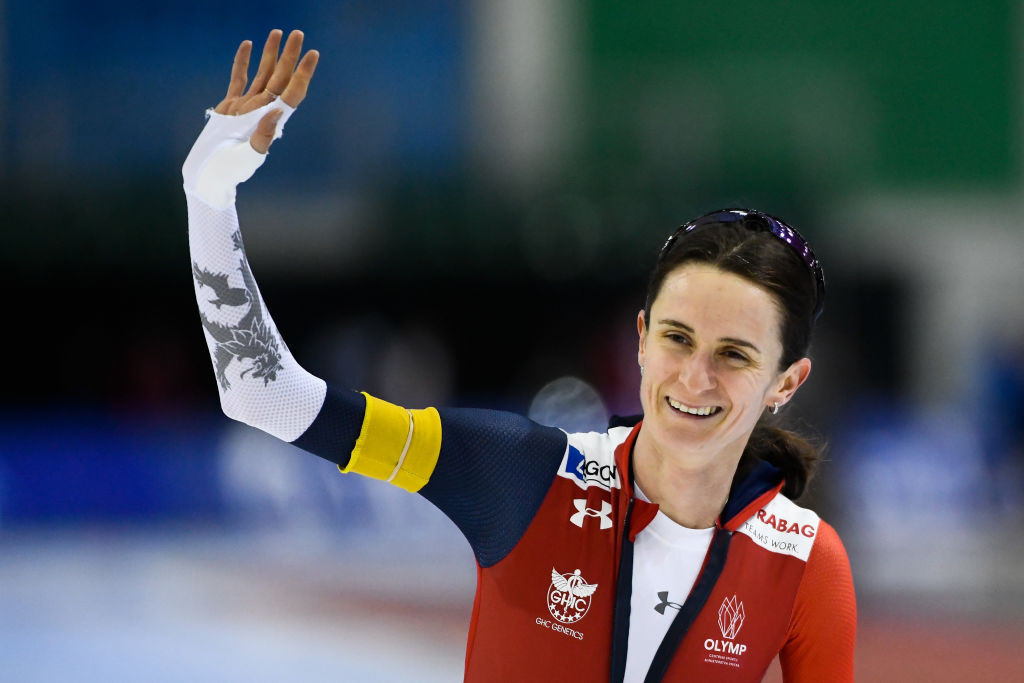 The Utah Olympic Oval lived up to its reputation as the fastest ice in the world as the opening day of the International Skating Union (ISU) Speed Skating World Cup Final produced a slew of world records in Salt Lake City.

Russia's Pavel Kulizhnikov and Kjeld Nuis of The Netherlands ended with world records in the 500 and 1,000 metres respectively as a total of five skaters went faster than the previous world record over these distances.

In the women's competition, having skated world records in the 3,000m and the 5,000m last week in Calgary, Martina Sáblíková of the Czech Republic further reduced her mark for the shorter distance.

And home skater Brittany Bowe clocked a world record in the 1,000m.

Japan's Tatsuya Shinhama was the first to break a world record on day one.

The Russian was unhappy about his draw in the outer lane for his race as he went out in the final pairing, but he nevertheless put everything into a performance that earned him a time of 33.61.

"I was upset about having drawn the outer lane," Kulizhnikov said.

"But I just told myself to skate as fast as possible into that final inner corner and I managed to stay low and close to the ice.

"It was a roller coaster of emotions, first to see my world record being broken and then to set a new record myself."

Shinhama ended up second and his compatriot Yuma Murakami took third place in 34.11.

With the final 500m race tomorrow yet to come, Kulizhnikov leads the rankings with Shinhama 98 points behind in second.

In the course of the men's 1,000m three men beat the 10-year-old 1min 6.42sec world record set by Shani Davis of the United States.

Nuis, the Olympic champion, was the first, taking the time down to 1:06.18 despite swerving out of the inner corner heading into the second lap.

"My opener was good but then I skated a very bad second lap," he said.

"I was chasing him [his pair-mate Havard Lorentzen of Norway] on the backstretch and I did not focus on the corner.

"At this speed that corner suddenly comes up and I did not manage to bend it smoothly.

With his win, Nuis secured the distance World Cup title in front of Verbij and Kulizhnikov.

Sáblíková had started the 3,000m in the final pairing chasing the times set by Esmee Visser, who had produced a Dutch record of 3:54.02, and Natalya Voronina, whose 3:54.06 was a Russian record.

"When I saw those times I thought it would be hard to beat," said the 31-year-old Czech skater.

"I did not feel very well the last days and I was very tired.

"But in the locker room my team-mates said 'it's the last seven-and-a-half laps of the season'.

"That's how I found the motivation to try and give it my all once more.

"I started faster than I ever skated before and I did not think I could keep it up.

"The final two laps were very hard, but I said to myself 'it's the last two laps of the season'.

"That's how I managed to pull it off."

With her win, in 3:52.02, Sáblíková sealed the long distance World Cup, with Visser and Voronina coming second and third.

In the next race, however, Bowe reduced the world record still further to 1:11.61.

"I knew I had to have a close-to-perfect race."

Takagi and Kodaira had to settle for second and third place in the distance as well as in the final World Cup ranking.

"I had a very good race with Nao but Bowe was just too fast," said Takagi.

"And she even had to skate the final outer corner, so she had to do it all by herself, which makes it all the more impressive."

The Japanese Olympic champion will have another shot at the record in the season's final 500m race on day two.

Austria's Vanessa Herzog, who clocked 36.85, and Russia's Angelina Golikova, who recorded 36.93, came second and third in the 500m.

With her second place Herzog secured the 500m World Cup.

Golikova is second in the rankings, trailing by 128 points, with only 120 points available for the winner in the final race.

His fourth place in the 5,000m in 6:10.78 was enough to earn him the overall title by 0.20 over fifth-placed Sverre Lunde Pedersen of Norway, who had gone into the race just one point behind.