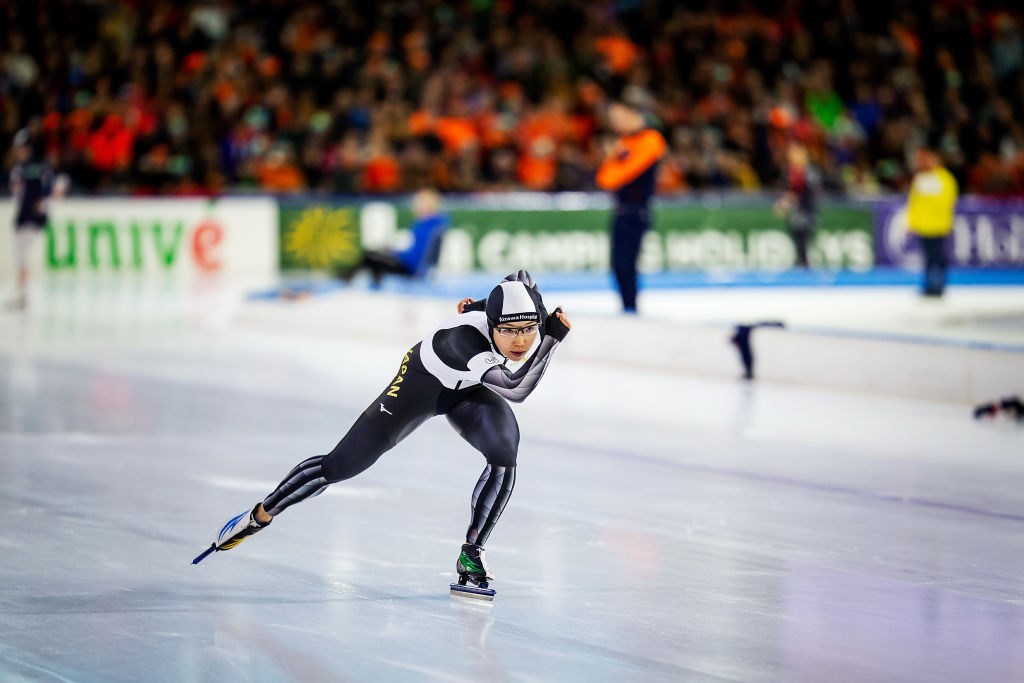 Records will be on the cards when the International Skating Union's Speed Skating World Cup Final starts tomorrow, given that the 2018-2019 season finale takes place on the fastest ice of the world - the Utah Olympic Oval in Salt Lake City.

The Final, which concludes on Sunday (March 10), will see the 12 best skaters per distance competing for double points to decide who takes home the World Cup in each distance.

Sunday's schedule consists of the 1,500m, the second 500m and the mass start for both genders.

Sverre Lunde Pedersen of Norway leads the 5,000m rankings, but only by one point from Aleksandr Rumyantsev of Russia.

"I don't know whether I'll be able to skate even faster in Salt Lake City," she said.

"Somehow I always feel very much at ease in Calgary."

Sáblíková has an 11-point advantage over Natalya Voronina of Russia, with Isabelle Weidermann of Canada and Olympic 5,000m champion Esmee Visser of The Netherlands third and fourth in the standings.

In the sprint distances all eyes will be on Pavel Kulizhnikov of Russia in the men's competition and Japan's Nao Kodaira in the women's events.

Kulizhnikov, who won the ISU World Sprint Speed Skating Championships title two weeks ago in Heerenveen, is the only man who has managed to skate the 500m under 34 seconds, bringing the world record down to 33.98 in Salt Lake City in 2015.

He leads this year's World Cup standings with Tatsuya Shinhama of Japan and Havard Lorentzen of Norway second and third.

This time around she will be aiming at Sang-Hwa Lee of South Korea's world record time of 36.36 in the 500m.

Having felt the ice in the run-up to the World Cup final, Kodaira looked relaxed.

"Yes, I want to finally break that 500m world record," she said.

Herzog was the only one who beat Kodaira in the 500m this season, taking the title in the shortest distance at the ISU World Single Distances Speed Skating Championships in Inzell in February.

Kulizhnikov and Kodaira are also in contention for the 1,000m ISU World Cup, but they face fierce competition from skaters who rely more on stamina than on raw speed.

Heading into the final weekend Olympic champion Kjeld Nuis of The Netherlands leads the men's classification, five points ahead of Kulizhnikov.

In the ladies' 1000m Brittany Bowe of the United States moved to the top of the rankings with an immaculate performance at the fifth ISU World Cup Speed Skating in Hamar, which she followed up with an exhilarating 1,000m win at the ISU World Single Distances Speed Skating Championships in Inzell.

Herzog is 60 points behind in second, while Kodaira and compatriot Miho Takaqi are joint third at 75 points from the leader.

The 1,500m is the ultimate battle between endurance specialists and sprinters.

World record holder Denis Yuskov combines the two better than anyone else and the Russian is in pole position to win the World Cup with a 20-point lead over Japan's Seitaro Ichinohe and a 24-point lead over third ranked Min-Seok Kim of South Korea.

Ireen Wurst of The Netherlands lies second at 53 points and Miho Takagi third at 59 points.

In the men's race Cheonho Um of South Korea defends a 45-point lead over Bart Swings of Belgium, with Ruslan Zakharov of Russia third on 109 points.

She is 12 points ahead of Bo-Reum Kim of South Korea and 34 ahead of Olympic champion Nana Takaqi of Japan.