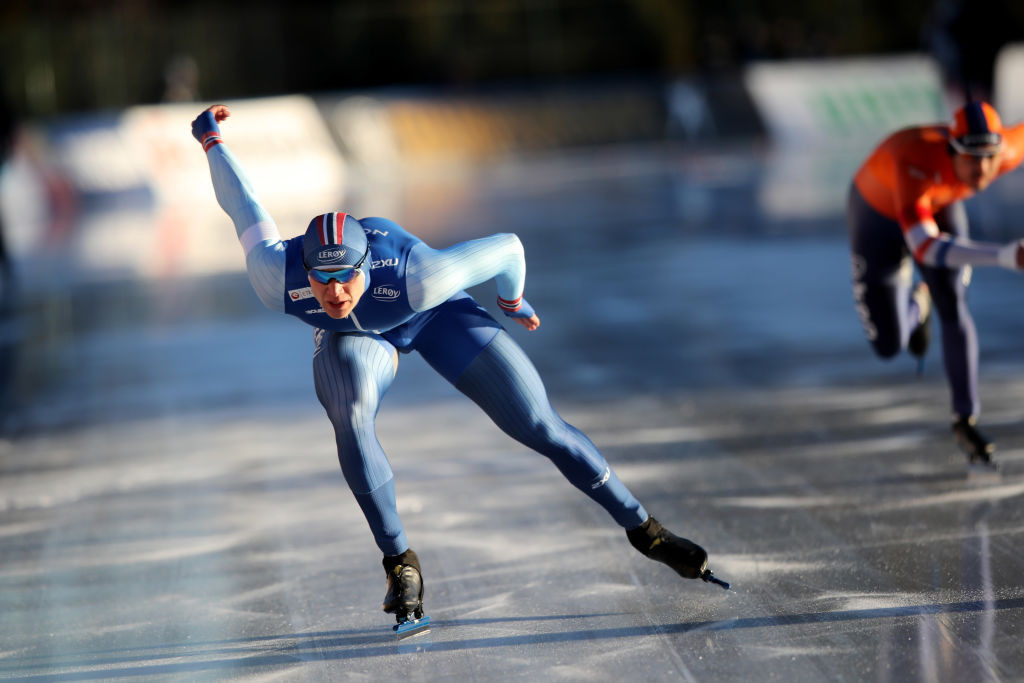 Norway's Håvard Lorentzen will be aiming to defend his men's title when the 50th edition of the International Skating Union (ISU) World Sprint Speed Skating Championships takes place this weekend at the Thialf ice arena in Heerenveen.

After grabbing the 500 metres silver medal at the ISU World Single Distances Speed Skating Championships in Inzell in Germany earlier this month, Lorentzen ended up fourth in the 1,000m and thus recorded the best result across the two events.

Although it is not worth anything at the World Single Distances Championships, the combined result is likely to have given Lorentzen confidence heading into the World Sprint Championships.

The Olympic 500m champion has admitted, however, that he has struggled with his motivation this season.

He won the first 500m World Cup race of this season, but he has not been able to take another top spot on the podium since.

"I need the big scene to get the adrenaline running," Lorentzen said in Inzell.

An adjustment to his equipment has helped to get the 26-year-old back on track with him saying Canadian coach Jeremy Wotherspoon had "made some changes to the radius and the bend of the blade".

"Small changes can have a big impact," Lorentzen added.

The Netherlands' Kai Verbij is another leading contender for the title in Heerenveen.

The 2017 world sprint champion triumphed at the European Sprint Championships in Collalbo in Italy last month and took the 1,000m title at the World Single Distances Championships two weeks ago.

Verbij will be accompanied by countrymen Hein Otterspeer and Kjeld Nuis.

Without defending champion Jorien ter Mors of The Netherlands, who has had to skip the current season due to knee surgery, the women’s competition is expected to be a three-horse race.

The leading trio includes Japan's Nao Kodaira, the 2017 champion and Olympic 500m gold medallist, as well as Austria's Vanesse Herzog, the European sprint champion and 500m world champion, and the United States' Brittany Bowe, who won the world sprint crown in 2015 and 2016 and showed great form in taking the 1,000m world title in Inzell.

The Russian squad is also likely to challenge for the podium with Olga Fatkulina, Angelina Golikova and Daria Kachanova currently ranked second, third and fourth respectively in the 500m World Cup rankings.

The 1,000m event could prove to be a stumbling block for them, however.