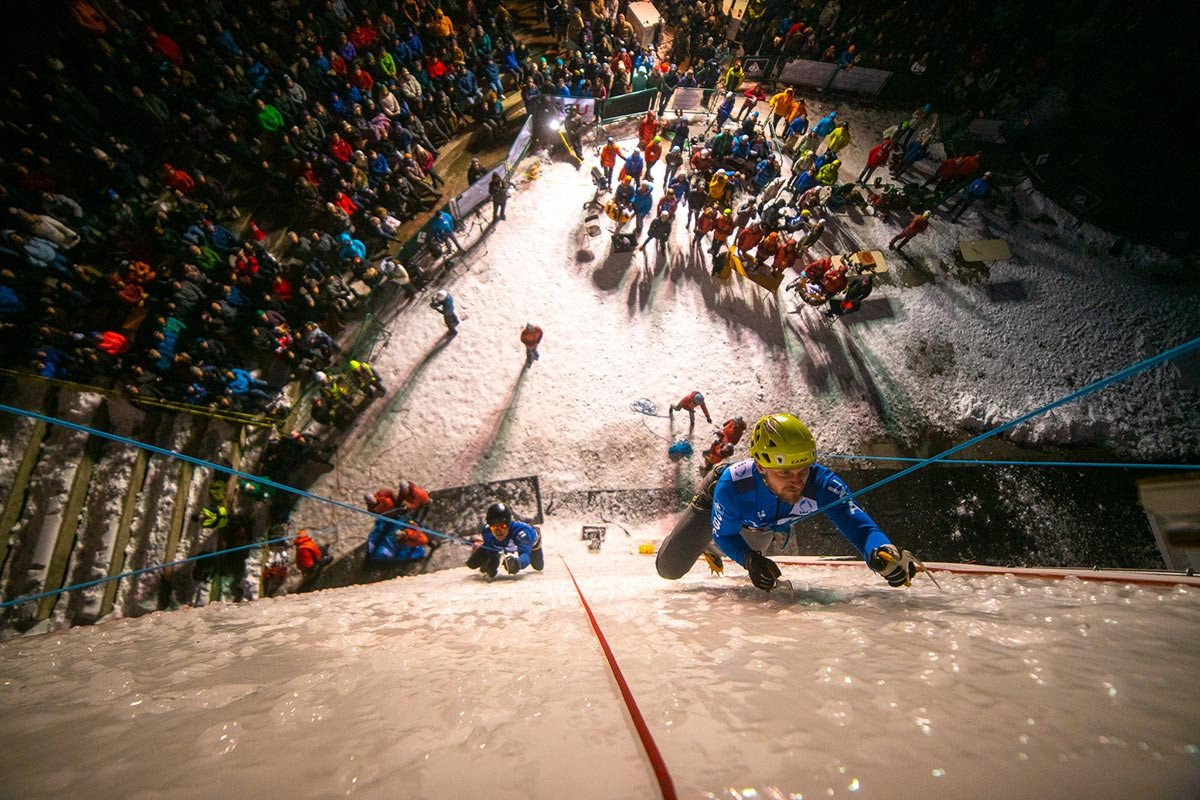 Nikolai Kuzovlev, the home favourite to win the lead title at the International Climbing and Mountaineering Federation Ice Climbing World Championships in the Russian city of Kirov, qualified for tomorrow's final in fourth place.

The men's semi-final was won by Kuzovlev's fellow Russian Maksim Tomilov, who was the only male climber to top at this stage.

Russia's Alexei Marshalov was second on 11.270 points ahead of Iran's Mohammad Safdarian, who scored 10.260.

Kuzovlev, four times a World Cup winner this season and top of the men's lead rankings, scored 9.230, marginally ahead of compatriot Alexey Dengin, who totalled 9.220.

Maksim Tomilov reaches clip 12 in the nick of time and becomes the first male athlete to top in the lead semi-finals! ? #uiaaiceclimbing #topsthewall pic.twitter.com/O3fzKSZl6e

France's Louna Ladevant took sixth place with 8.200 ahead of Russia's Alexander Karandashev and Dimitriy Grebennikov, who scored 8.200 and 7.180 respectively.

South Korea's defending champion Shin Woonseon topped the standings in the women's lead semi-finals from Russia's Maria Tolokonina, with both earning a top, with the latter achieving her aim with a minute to spare.

Tolokonina's compatriot Maryam Filippova lead the other qualifiers, with fellow Russians Valeria Bogdan and Anastasia Zazdravnykh finishing sixth and seventh behind Finland's Enni Bertling, who was fourth, and fifth-placed Marion Thomas of France.

Iran’s Shabnam Asadi was the eighth and last qualifier.