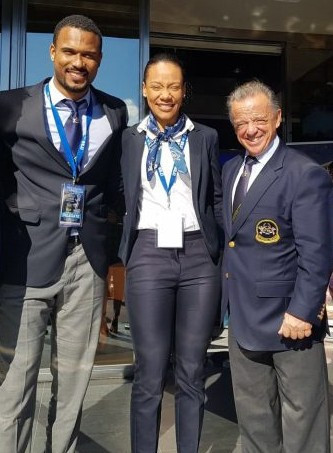 The 2019 International Federation of Fitness and Bodybuilding (IFBB) African Championship will be hosted by Angola's capital Luanda, it has been announced.

The event, due to take place on August 16 and 17, will be held at the Centro de Conferências de Belas.

The IFBB describes Angola as a bodybuilding-loving nation that is working hard to organise an outstanding sports celebration.

"This will be a exclusive opportunity for most of you to discover our beautiful and welcoming country," Bráulio Martins, President of the National Federation of Bodybuilding in Angola (ANGFBB), said.

"We hope that many of you will be able to join us for this historical event and make it more successful than ever before.

"We are looking forward to welcoming you all."

The ANGFBB was established in August 2017.

It received initial technical support from the Portuguese Federation of Bodybuilding and Fitness due to the cultural links between the two nations.

This includes a shared language.

The event was a historic one for bodybuilding in the country as the overall champions gained an IFBB Elite Pro Card, allowing them to represent Angola professionally in the IFBB Elite Pro division.