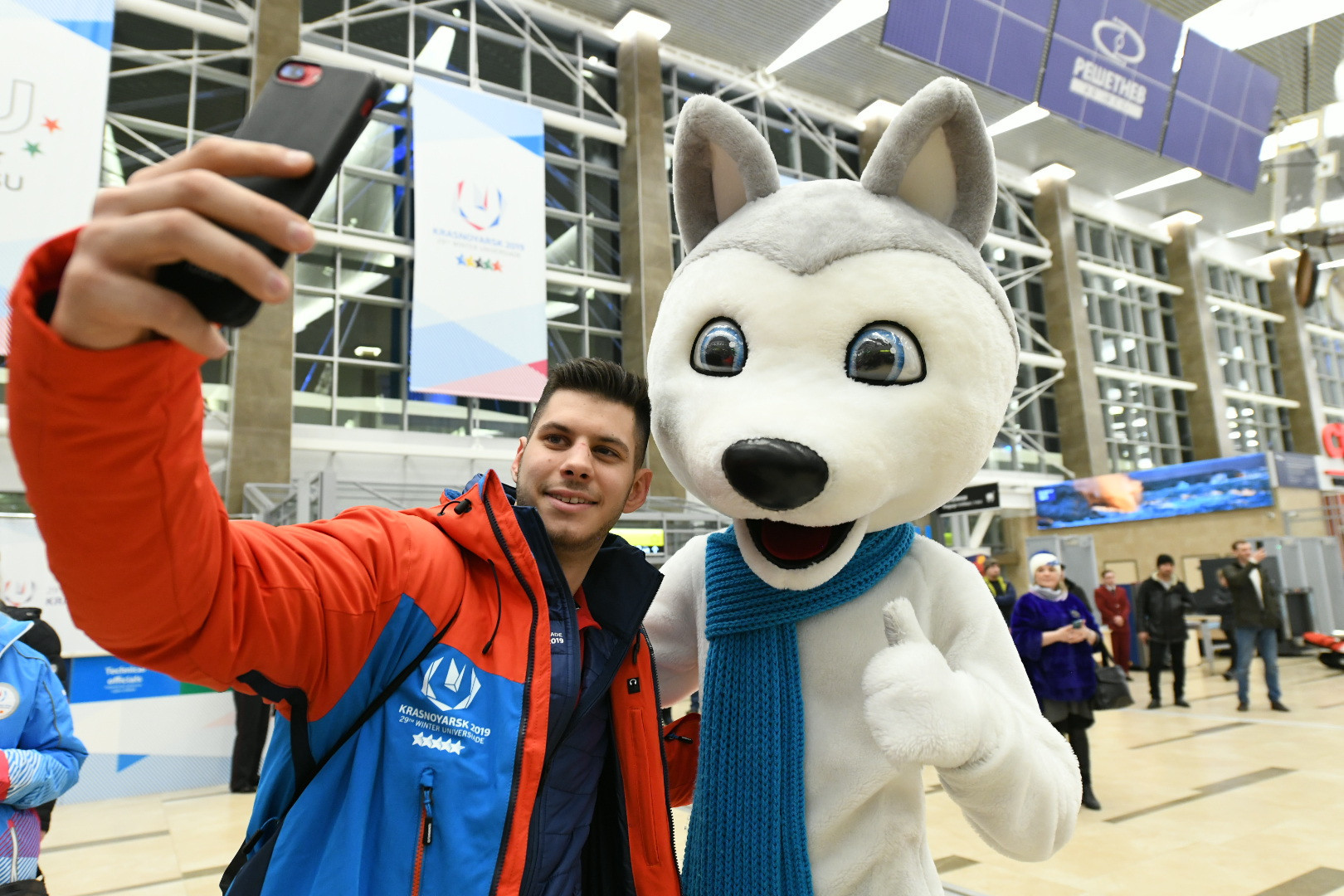 Russia's national team for the Winter Universiade, the biggest delegation competing Krasnoyarsk 2019, has arrived in the city.

Athletes were greeted by volunteers and U-Laika, the 2019 Winter Universiade mascot.

Sibirskaya Vechora, a famous Krasnoyarsk folk band, played while the delegations arrived for the start of the Universiade on Saturday (March 2).

"It's nice, it improves the mood and gears us for victory.

"The Games in Krasnoyarsk are one of the most important stages in a sporting career, an opportunity to show myself and move forward."

A welcoming ceremony was held at the Universiade Village for the Russian team.

They were greeted by Maksim Oreshnikov, Mayor of the Universiade Village, and Sergey Alekseyev, Minister of Sport of the Krasnoyarsk Territory, as the Russian flag was hoisted to the accompaniment of Gaudeamus.

Oreshnikov then exchanged gifts with Sergey Seyranov, head of the delegation of the Russia team and President of the Russian Student Sport Union.

"The home Winter Universiade 2019 is a huge responsibility for the national team of the host country," said Seyranov.

"Our team comprises athletes from 43 constituent entities of the Russian Federation.

"The goals we set for our young athletes focus on winning so that they can show the best possible results at these competitions."

The Russian team will be aiming to repeat the dominant performance at last Winter Universiade in Almaty in 2017 when they won a total of 71 medals to easily finish top.

Russia's total of 29 gold medals was more than the next three best countries combined.

"When preparing the Winter Universiade 2019, we tried to make the national teams feel comfortable both at the campus of Siberian Federal University and at the sports arenas," said Alekseyev.

"I’m sure that the Universiade's large team did their best so that you could feel at home here.

"We are looking forward to the start of the Games, we are sure that we will see many Russian athletes on the winners' podium."

The Universiade is due to conclude on March 12, with athletes competing in 11 sports.