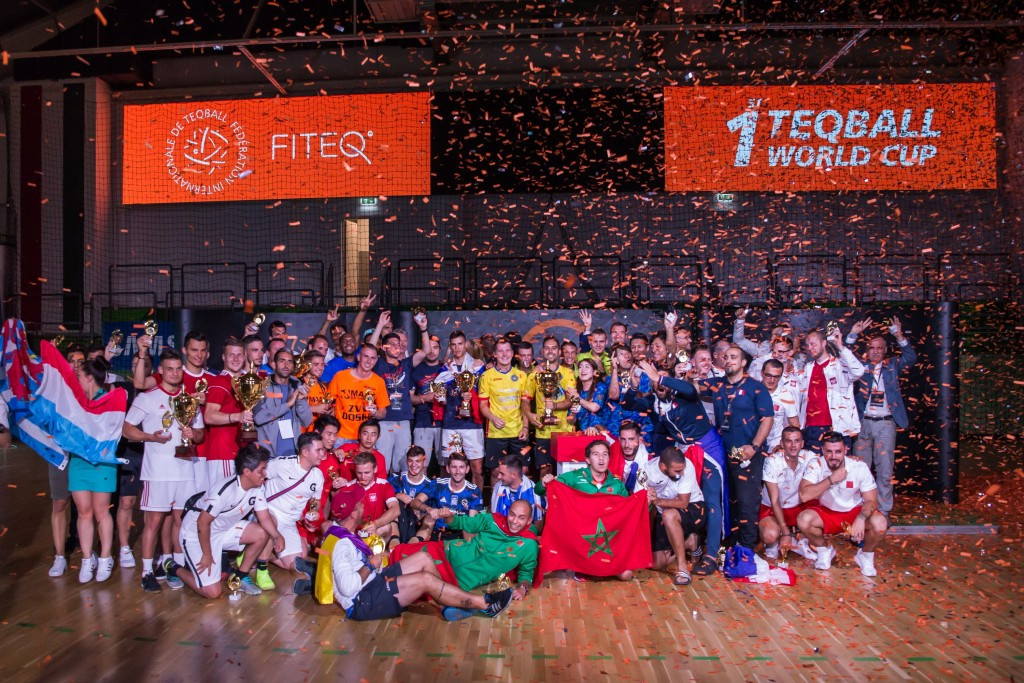 Hungary and Romania celebrated success at the inaugural edition of the Teqball World Cup in Budapest.

The hosts were expected to be among the favourites to win singles and doubles competitions at the tournament, with teqball having been invented by Hungarians.

The game is a hybrid of table tennis and football, with competition played on a specialist table.

Under the rules of the game, the ball must be returned to the opponent by touching it a maximum of three times.

The same body part cannot touch the ball in succession.

Ádám Blázsovics emerged as the winner of the singles competition, winning an all-Hungarian final against Máté Szolga.

The hosts were denied victory in the doubles competition, with Romania beating Hungary in the gold medal match.

The top three was completed by Serbia.

Retired footballers Willam Gallas of France and Nigeria’s Nwankwo Kanu were among those to feature on the finals evening, with the pair participating in a gala indoor football game.

"'Teqball contains every basic element required for football," Kanu, the African Footballer of the Year in 1996 and 1999, said.

"If we had a teqball table in our time, I believe we could have developed our skills to a higher level and achieved even more success," Gallas, who played for English Premier League teams Arsenal, Chelsea and Tottenham during his career, added.

The International Teqball Federation have expressed their aim to make the game globally well-known to create championship systems for amateurs and professionals.

They also hope to create an academy system for future generations of players.

The first edition of the World Cup was attended by 20 nations, including Brazil, England, Japan, The Netherlands, Portugal and Spain.