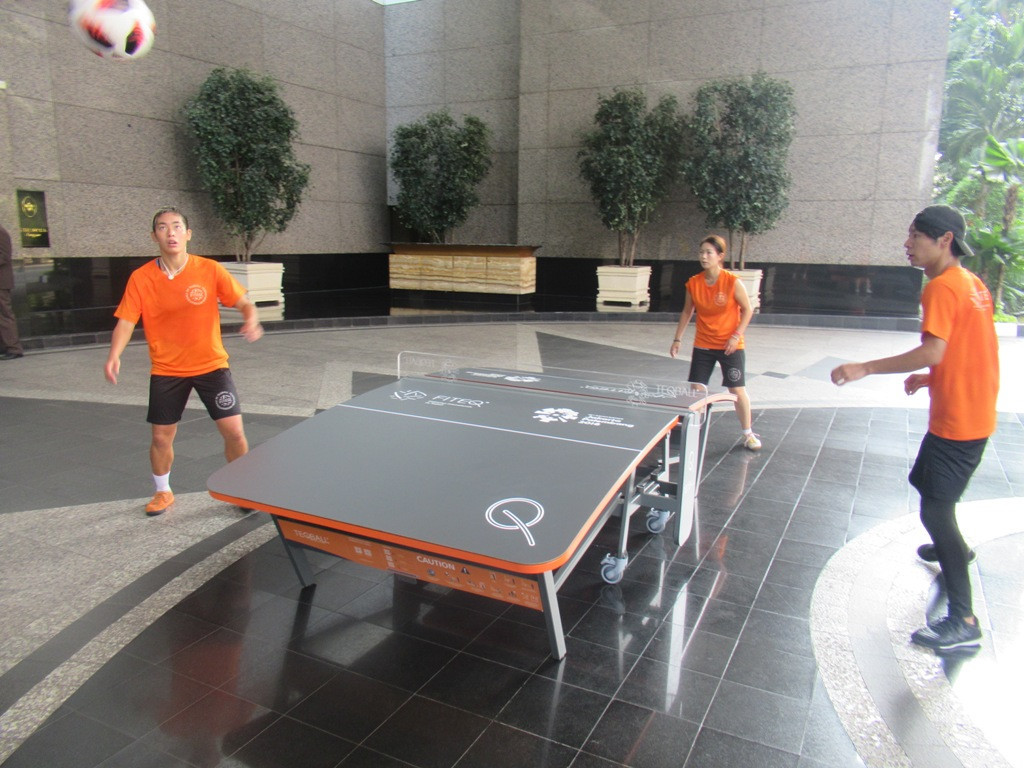 The International Teqball Federation (FITEQ) has been officially recognised by the Olympic Council of Asia (OCA) at the continental governing body’s General Assembly here.

It followed a recommendation by the OCA Sports Committee, whose members were treated to an impressive display by FITEQ on Friday (August 17) - both on and off the field of play.

Before a meeting of the Committee here, four players gave a demonstration of teqball outside the hotel.

Played on a curved, durable surface the size of a table tennis table, teqball involves serving and receiving, controlling the ball and attacking with head or foot.

It is the kind of game professional footballers play in a circle to relax while showing off their skills - only now on two sides of a table with a scoring system in place.

It was invented in Hungary four years ago and is being promoted around the world due to the interest and participation on social media of leading players of the past and present, such as Portugal’s Luis Figo and Brazilians Ronaldinho and Neymar.

They are playing it as a fun way to improve technique in a friendly but competitive environment.

After the demonstration, the Committee members and FITEQ officials moved into the meeting room for a formal presentation.

FITEQ vice-president Viktor Huszár revealed that 40 countries would be competing in the second Teqball World Cup in French city Reims this October.

That is double the number of teams that contested the inaugural edition in Budapest.

With a roll-out table and fixed table, the game can be played indoors and outdoors as well as on the beach.

It has various formats, including singles and doubles.

"In one year, we have half a million followers on social media," Huszár said.

"We are expecting six Asian countries to play in the second World Cup as we have teams in Japan, China, India, Malaysia, Thailand and Pakistan, and we feel the game is going to be more popular in the Asian countries.

"We think the interest in Asia is going to blow up in the next four years."

Song Luzeng, chairman of the OCA Sports Committee, claimed that teqball was attractive but needed to develop national federations affiliated to National Olympic Committees and continental federations to lay a solid structure in Asia and around the world.

Also recognised at the OCA General Assembly was the Asian Kho Kho Federation.

Kho Kho, like the popular Asian Games sport of kabaddi, has its roots in rural India and is known as a high-speed, low-cost game of chasing and defending between two teams.

The sport displays a lot of agility and speed and is played for fitness and stamina by past and present Indian cricketers, the most famous being Sachin Tendulkar.

The OCA General Assembly coincided with the first official day of competition here at the 2018 Asian Games.