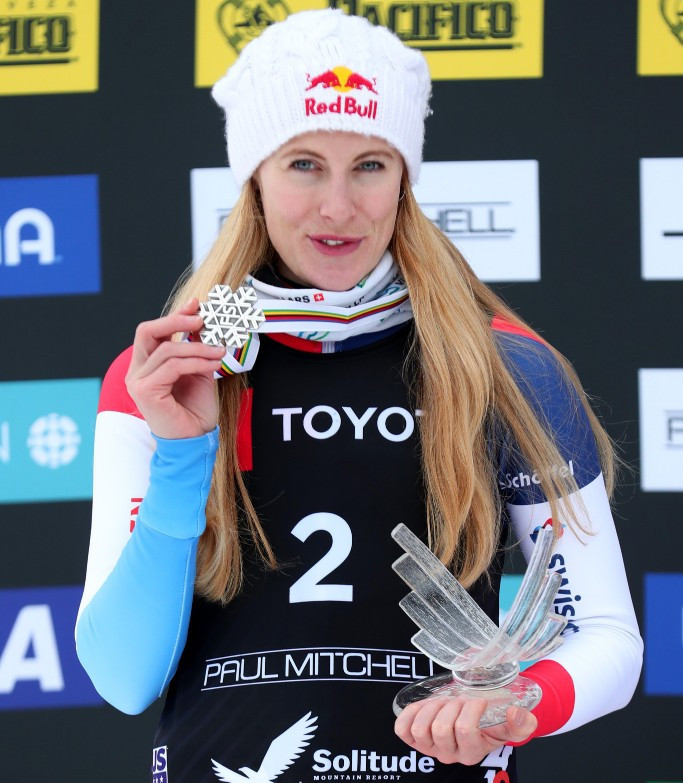 She defeated Sweden's Sandra Naeslund and Austria's Andrea Limbacher to extend her lead in the World Cup standings.

The Swiss skier, an Olympic bronze medallist, is now 63 points ahead of her nearest opponent, with Smith on 663 points and Naeslund on 630.

Canada's Marielle Thompson is third in the standings with 520 points.

Midol triumphed in the men's event today after topping both of the competition's qualifying events.

Slovenia's Filip Flisar was in second, while another Frenchman, Jean Frederic Chapuis, finished in third.

Midol now has 629 points in the World Cup standings, giving him a 100 point lead over Chapuis.