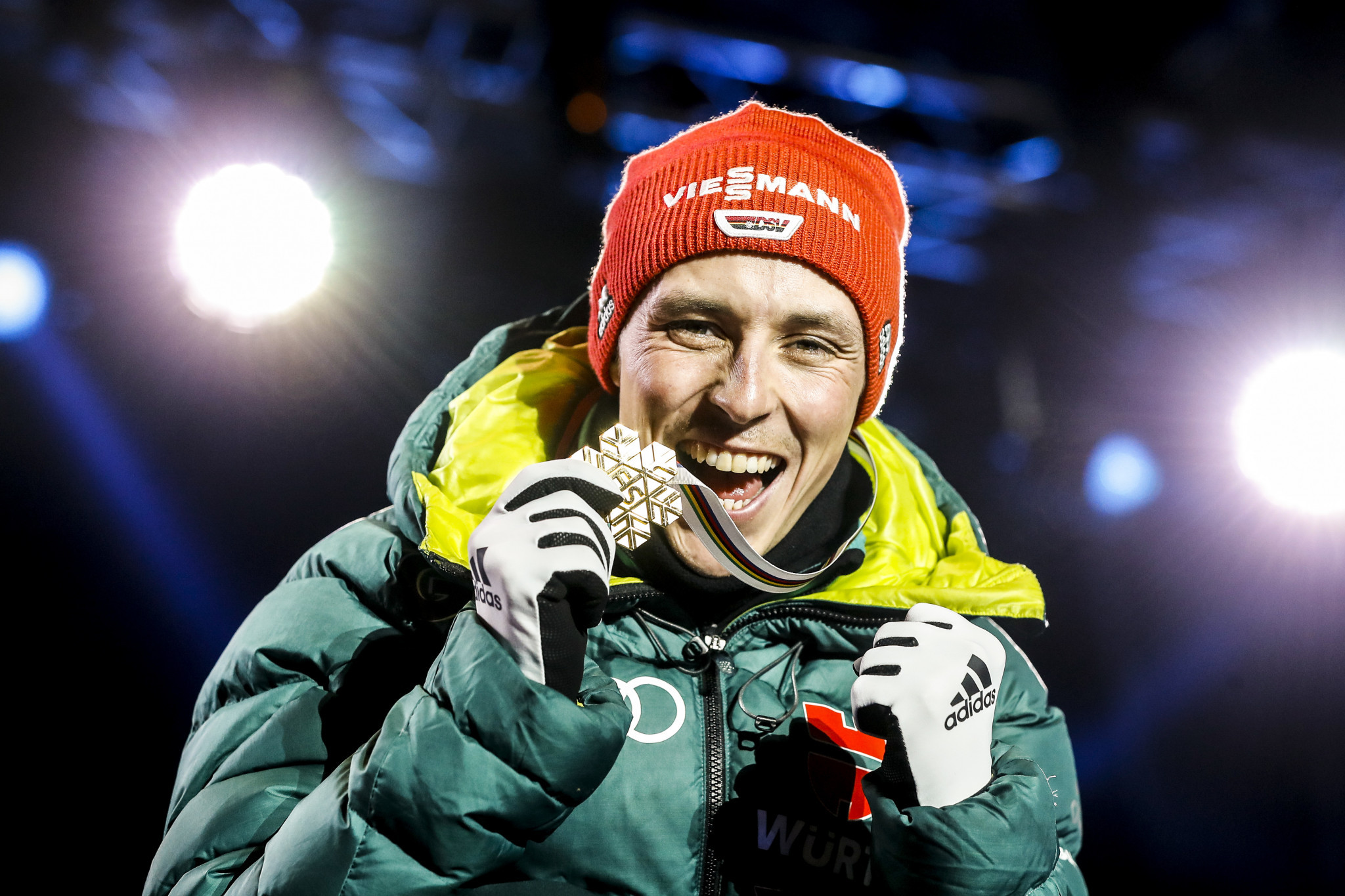 He then secured two titles at the 2017 World Championships in Lahti.

The German recorded the highest score in the ski jumping today, with a total of 138.5 points after leaping out to 130.5 metres.

After beginning the cross-country from the front he then crossed the line in 23mins 43.0sec, enough to give him his sixth world title.

Johannes Rydzek is the other Nordic combined competitor to hold six world titles, with the German finishing in ninth place today.

In second was fellow German Karl Geiger with 141.1 points, while Switzerland's Killian Peier came third with 137.5.

The final will take place tomorrow.