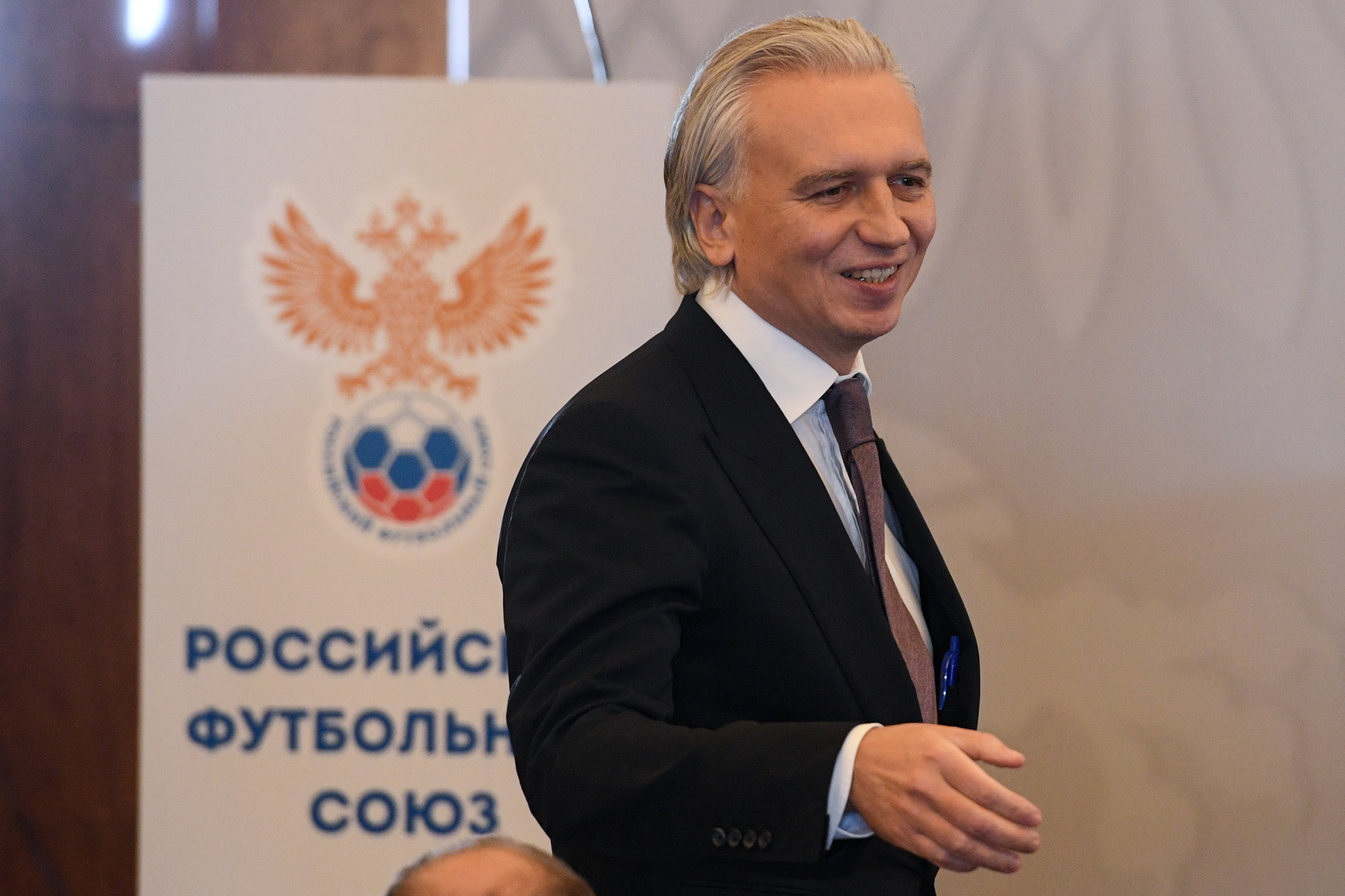 Alexander Dyukov has been elected as President of the Russian Football Union (RFU) at an extraordinary conference in Moscow.

The 51-year-old, the director general of Gazprom Neft, the oil producing arm of the energy giant, and chairman of the Zenit Saint Petersburg Board, was the only candidate for the role.

His appointment marks the latest move in a process to marginalise Mutko's involvement in Russian sport.

"Thank you for the support and trust, it is very important for me personally since it is not only a grand honour, but a huge responsibility as well," Dyukov said, according to Russia's official state news agency TASS.

"We are setting difficult tasks, but it makes them interesting to accomplish.

"We will be working as a single team, we all understand what we have to do and I believe we will manage everything."

Dyukov is set to leave his post as the chairman of Zenit's board following his election, which was widely expected as he was the only candidate who had entered the running before last month's deadline.

He previously served as the President of the Russian Premier League between 2008 and 2017 and the team secured three league titles, two Russian Cups and the 2008 UEFA Cup and UEFA Super Cup during his tenure.

He temporarily left the role in December 2017 to fight his lifetime ban from the Olympic Games, but then returned to the position in October.

The former Sports Minister had been heavily criticised both inside and outside of Russia for his performance in the role, which has coincided with Russia's doping crisis.

Mutko was also a member of FIFA's ruling Council from 2009 until 2017 but was barred from standing for re-election by world football's governing body as a result of his Government role, as FIFA prohibits political interference in its Member Associations.