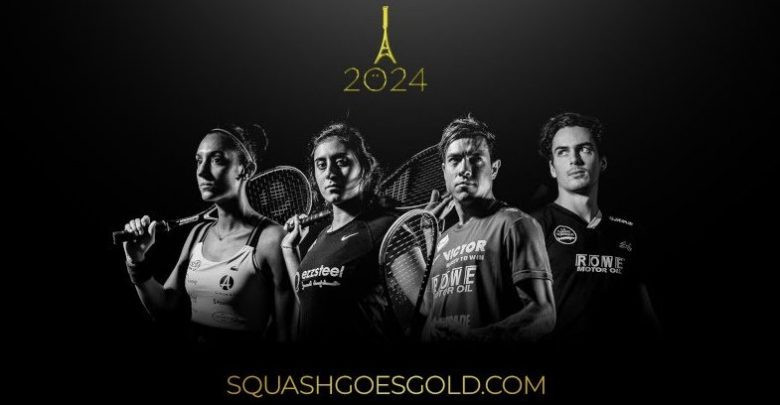 The World Squash Federation (WSF) and the Professional Squash Association (PSA) have come together to officially launch their campaign to get squash into the 2024 Olympic Games in Paris.

The sport has been attempting to gain Olympic inclusion for some time, having been rejected for London 2012, Rio 2016 and Tokyo 2020.

"Squash is played in some of the most spectacular locations in the world – in front of the Pyramids of Giza, on the harbourside-front in Hong Kong, inside Grand Central Terminal in New York – and our ability to showcase the beauty, youth and innovative drive of Paris by setting up an all-glass court anywhere in the city is something few sports can do," WSF President Jacques Fontaine said.

"Squash Goes Gold will allow the squash community to further unite behind our Olympic campaign and play their active part in helping our sport secure its place at the Olympic Games."

PSA chief executive Alex Gough claimed an Olympic gold medal "would be the pinnacle" for any squash player.

"Squash is in the best position it has ever been and this campaign will allow the sport’s global player and fan base to get involved with the Paris 2024 bid directly and have their own influence on the future of the sport."

Supporters of the campaign are able to donate to the cause via its website squashgoesgold.com.

Others to have publicly announced their support for the bid include Germany’s Simon Rösner, the 2017 World Games gold medallist, as well as the current men’s world number one, Egypt's Mohamed ElSorbagy, who posted on Twitter that he was "delighted" to see the campaign launched.

Paris 2024 are due to submit their recommendations for new sports before the International Olympic Committee Executive Board meets in Lausanne from March 26 to 28.

All five new sports set to feature at Tokyo 2020, baseball/softball, karate, skateboarding, sport climbing and surfing are also bidding to remain on the programme in Paris.