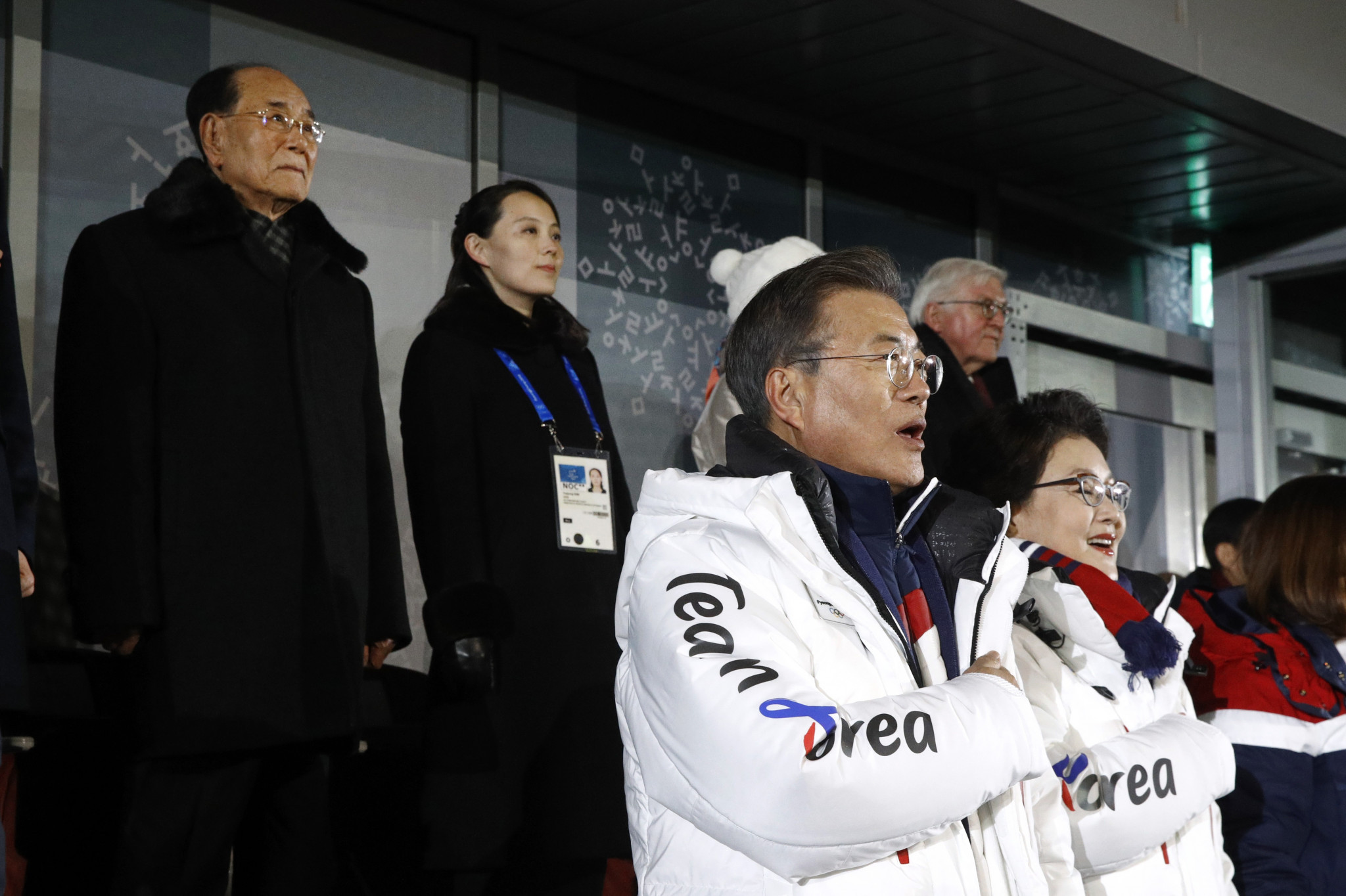 South Korea's President Moon Jae-in has used the first anniversary of the Opening Ceremony of the 2018 Winter Olympic Games in Pyeongchang to urge the country to continue its efforts to bring peace to the Korean Peninsula.

The event last year marked a major thaw in relations between North and South Korea.

The two countries, still technically at war even though they signed an armistice at the end of the Korean War in 1953, marched together under the Unified flag and the Opening Ceremony and competed together as a united team in the women's ice hockey tournament.

The International Olympic Committee (IOC) claimed it has helped accelerate the peace process between North Korea, led by Kim Jong Un, and South Korea and the United States.

US President Donald Trump announced earlier this week that he plans to meet Kim for a second summit in Vietnam on February 27 and 28.

The IOC, meanwhile, are due to host talks between delegations from North and South Korea in Lausanne on Friday (February 15) to discuss future cooperation between the two, including at Tokyo 2020 and possibly on a joint Olympic bid for 2032.

"The small snowball that we been rolling together up to the present has been become a snowman of peace," Moon said in a statement released today by the Blue House, his executive office and official residence.

"The joint inter-Korean ice hockey team has helped South and North Korea form unified teams in various other sports such as canoeing, handball and table tennis.

"There have been three summits between the two Koreas, and the historic North Korea-US summit last year is leading to a second summit in Hanoi, Vietnam.

"All of these comprise steps towards peace, and all are also miraculous gifts that Pyeongchang gave us."

"Just as athletes train repeatedly together in sometime tedious exercises over a long time for teamwork in order to achieve results without any regrets, peace requires such a process as well.

"Peace will be ours only if we constantly talk about it and fine-tune our minds and daily lives to suit an era of peace.

"It seems that the loud chants and enthusiasm that once filled Pyeongchang can still be heard.

"Even though the Winter Olympics will continue to come round every four years, people around the world will remember the Pyeongchgang Olympic Winter Games as an extraordinary event that opened the gate for peace and is forever synonymous with Pyeongchang and the freezing cold of Gangwon Province."