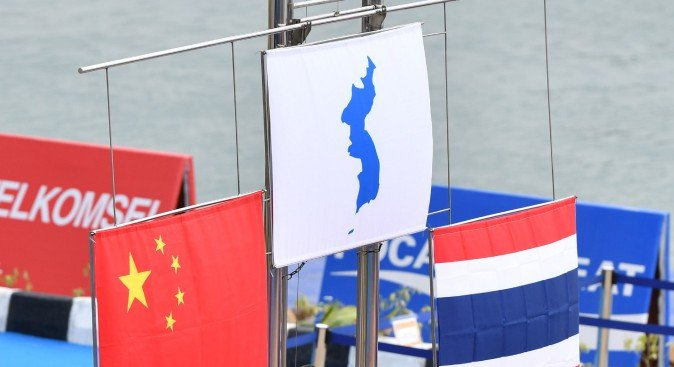 According to the Korean Herald, the estimate was revealed by the Seoul City Government as discussions take place with North Korea's capital Pyongyang over a potential bid.

It is claimed that the figure was produced by private institutions and excluded Pyongyang's share of the costs.

The estimate reportedly includes the costs of staging 33 events across the two cities, while it was asserted by city officials that the Opening and Closing Ceremonies could take place in both capitals simultaneously using new technology.

A vote could be held on Thursday (December 20) by the Seoul Metropolitan Council, where the budget could potentially be approved.

Both North and South Korea announced earlier this week that they would meet with the International Olympic Committee (IOC) in February to discuss their proposed joint bid for the 2032 Olympic and Paralympic Games.

The countries confirmed their intention to sign a letter of intent to jointly bid.

An agreement was reached to jointly meet the IOC in the Olympic capital Lausanne on February 15 next year.

A statement issued following this week's meeting claimed a delegation from North and South Korea would meet with sporting officials on their visit to Lausanne in cooperation with the IOC.

South Korean President Moon Jae-in and North Korean leader Kim Jong-un agreed to launch a joint bid for the 2032 Olympics and Paralympics following a summit in Pyongyang in September.

The decision marked the latest show of sporting diplomacy between the two countries.

North Korea competed at the 2018 Winter Olympic Games in Pyeongchang in the South in February after a surprise announcement on New Year's Day from Kim, who confirmed the secretive state would participate.

Last month, authorities in Shanghai confirmed they have ordered a feasibility study on hosting the 2032 Olympics and Paralympics but insist it has no bearing on whether they will launch a bid.

While Shanghai has looked to distance itself from submitting a formal bid, many other cities across the world have shown an eagerness to enter the race for the Games in 2032.

In October, Australian Olympic Committee President John Coates met with IOC President Thomas Bach to say a bid from Brisbane should be considered a "serious proposition".

Indonesia has already submitted a formal proposal after Jakarta and Palembang hosted this year's Asian Games, while a 13-city German proposal has also been tipped.

The Indian Olympic Association submitted a formal expression of interest earlier this month.