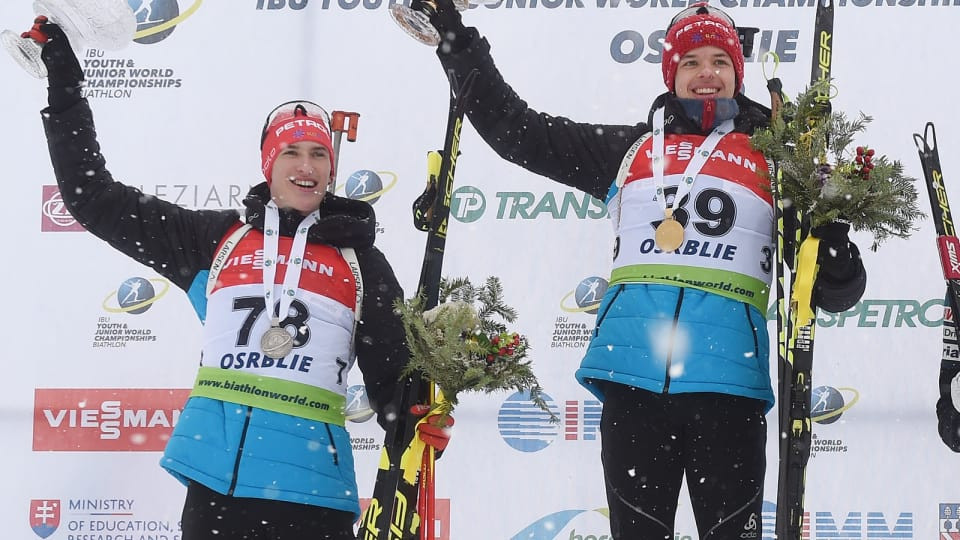 Slovenia took the gold and silver medals today in the youth men’s sprint at the International Biathlon Union Youth/Junior World Championships in Osrblie.

Having finished eighth in the individual event and then claimed silver in the relay, Alex Cisar picked up his first gold of the Championships today in the Slovakian resort, finishing the 7.5 kilometres sprint course in 20min 27.3sec.

His compatriot Lovro Planko came in behind him in 20:57.9, while Finland’s Otto Invenius finished third, a further 31.4 seconds back.

"We competed in tough, snowy conditions, but I just focused on my race," Cisar said.

"Shooting wasn’t exactly perfect, that one miss on the prone still stinks, but I managed to ski really good and that won me the race at the end of the day.

"It seems I needed two races to really get my skiing to the top level and I am entering pursuit race on Sunday (February 3) with great confidence.

"My form is exactly where I wanted it to be."

Planko, who is sharing a room with Cisar during the Championships, admitted he was surprised to win the silver medal.

"I am so super happy that I really don’t know what to say," he said.

"I didn’t feel myself before the race, I felt tired during most of the time but when coaches told me I am in for a medal I gave it all in the last kilometre."

In the youth women’s sprint which went ahead afterwards on a 6km course, Norway claimed the gold medal through Maren Bakken.

Bakken, who had already won a relay gold medal earlier in the week, picked up her second victory of the Championships in a time of 17:31.6.

That time saw her beat Switzerland’s Amy Baserga by 24.8 seconds, while Bakken’s compatriot Marte Moeller picked up the bronze medal, 29.5 seconds back.

Tomorrow on the penultimate day of the Championships the junior men’s and women’s sprints are due to take place.

The event is scheduled to end on Sunday (February 3) with the youth pursuit races.