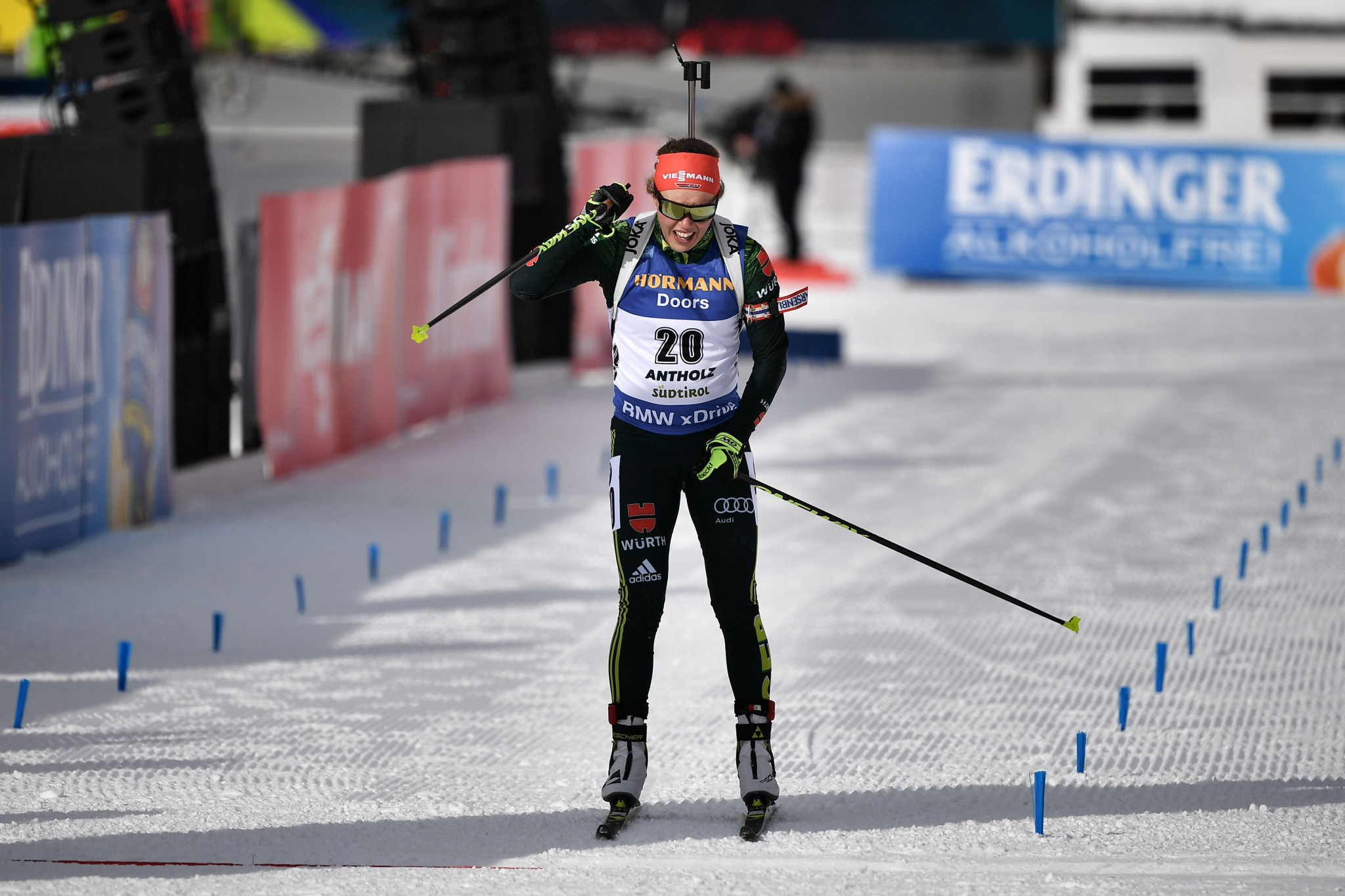 Dahlmeier, who has missed the majority of the current campaign owing to health problems, earned her maiden victory this season in a time of 35min 32.8sec.

The success for the 22-year-old German also saw her banish the demons from Thursday's (January 24) sprint, where she initially led before fading to finish fourth.

Dahlmeier had suggested a return to form was imminent after she claimed silver in yesterday's 10 kilometres pursuit and she proved too strong for the rest of the field today.

Surprise sprint victor Marketa Davidova of the Czech Republic was second, 13.1 adrift of the German, while third place was claimed by Dahlmeier's team-mate Vanessa Hinz.

"This is a really great day for me; the first loop was such a hard fight," said Dahlmeier.

"I started not really in front because of my bib and I felt really slow.

"I thought, ‘'Oh my God', I stayed behind and just wanted to make a good shooting.

"Then I thought about Ruhpolding (30th place) and I do not like mass starts, but I was decided I was here and had to make the five loops.

"After the first loop, I decided to make just one loop after the other, feel the atmosphere.

"Then I had the good shootings and somehow I was in front."

Dahlmeier's victory moved her up four places to 18th on the overall standings, led by Italian Dorothea Wierer on 632 points.

Quentin Fillon Maillet of France held off a strong field to clinch his first World Cup victory as he secured an impressive win in the men's mass start.

The Frenchman crossed in 34:39.4 to beat the formidable Norwegian Johannes Thingnes Bø, forced to settle for second having finished 14.3 seconds behind a jubilant Maillet.

Arnd Peiffer of Germany was the recipient of the bronze medal.

Bø remains in pole position to seal his first overall title as he occupies top spot on the leaderboard on 836 points.

The Norwegian has a new challenger in defending champion Martin Fourcade of France, who leapfrogged Russian Alexander Loginov into second place on 554 points.

The World Cup season resumes with the latest leg of the series in Canmore in Canada from February 7 to 10.

Slettemark won the race with clean shooting in 31:49.3, while Tereza Vobornikova of the Czech Republic and Finland's Heidi Nikkinen took silver and bronze respectively.