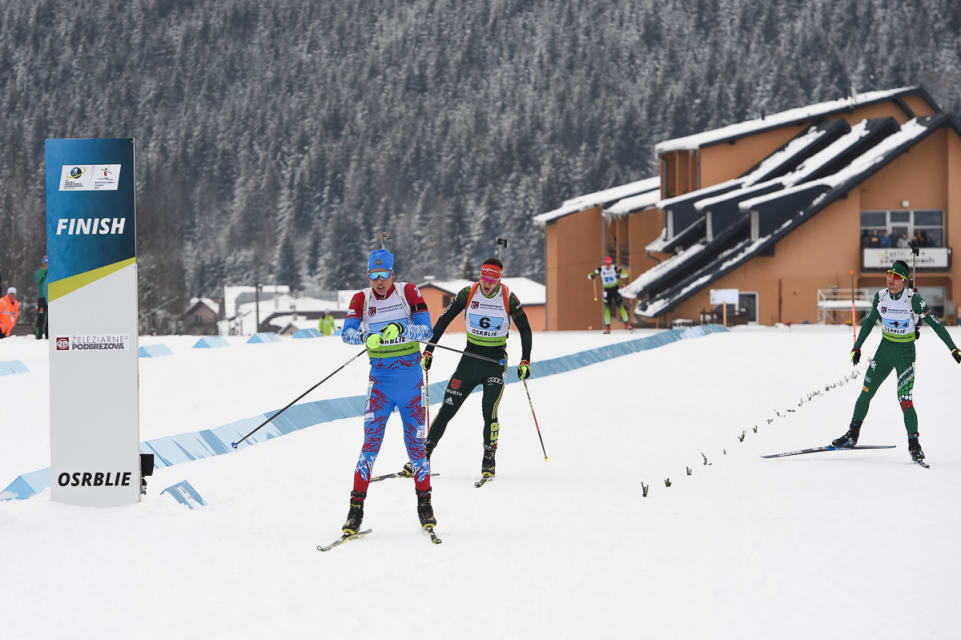 They crossed the line in a total time of 1 hour 20min 13.5sec, one second in front of Germany, who earned the silver medal.

Bronze went to Italy, who were just 0.8sec behind the German team.

"I was very satisfied after clearing all five targets at the standing shooting, but Danilo and Daniele kept coming closer.

While Russia triumphed by a narrow margin, France won the women's 3x6km with a much healthier lead as the team of Camille Bened, Sophie Chauveau and Lou Jeanmonnot finished 15.1 seconds clear of the rest of the field.

The French trio clocked a combined 54:26.4 as Germany and Sweden were forced to settle for silver and bronze respectively.

"I was disappointed after my individual competition and wanted to do well today," said Jeanmonnot.

"The level at IBU Junior World Championships is incredibly high so this medal has a great value for French team."

The Youth/Junior World Championships continue on Friday (February 1) with the youth men's and women's sprint races.