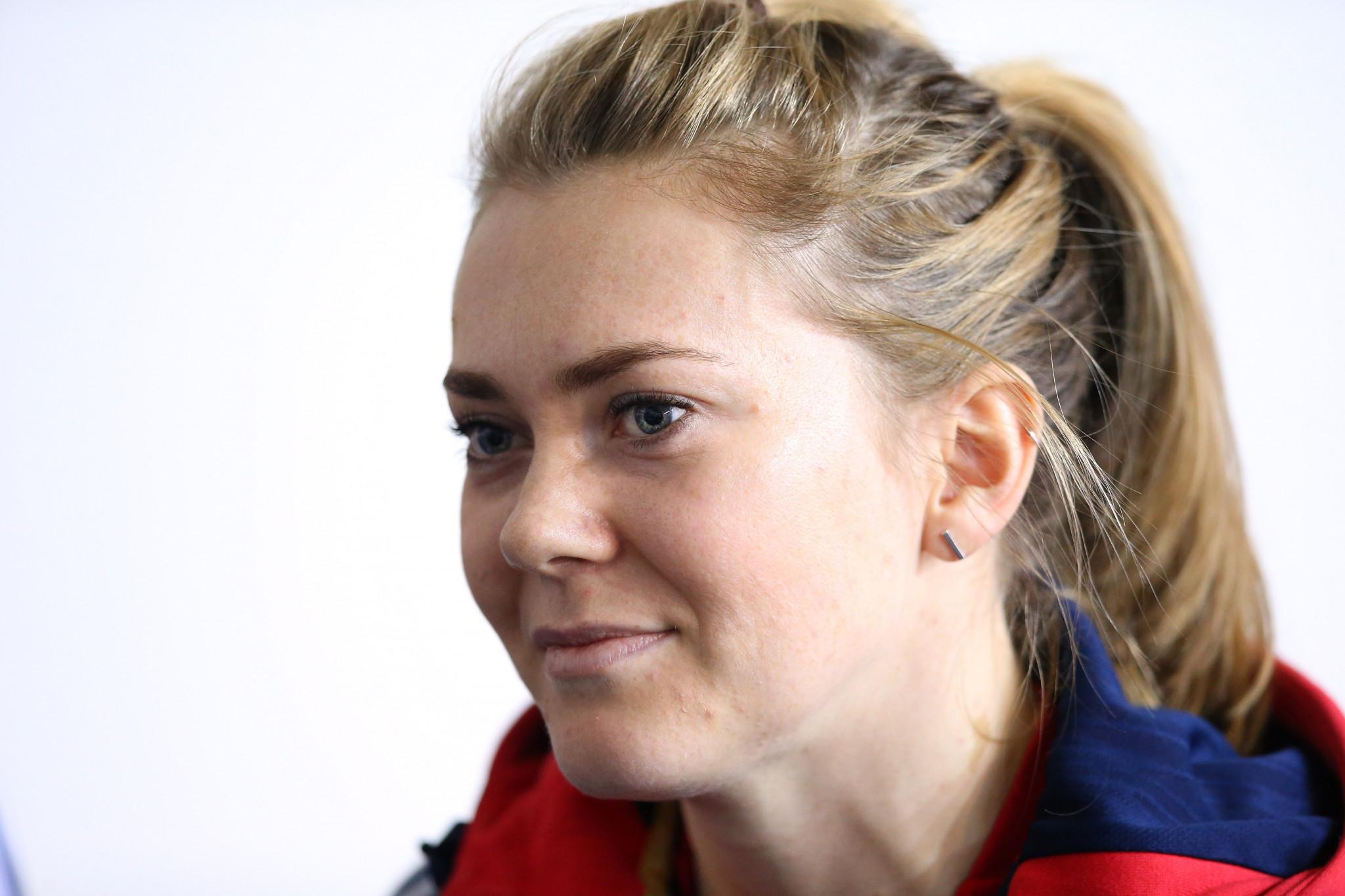 Former British cyclist Jess Varnish has been unsuccessful in her effort to prove that she was an employee of British Cycling and UK Sport at an employment tribunal.

The decision means the 28-year-old is very unlikely to be able to sue both bodies for wrongful dismissal and sexual discrimination.

Varnish began legal proceedings after she was dropped from the Olympic programme in 2016, with her claiming it was due to her criticism of coaches after she failed to qualify for Rio 2016.

She also claimed that British Cycling's technical director at the time, Shane Sutton, told her to "go and have a baby".

An internal investigation found that Sutton, who had resigned shortly after the incident, had used sexist language, but was not guilty of bullying.

The organisation also argued that Varnish, who is due to have a baby this week, had been dropped purely due to her recent performance.

She gave examples of the organisation's "extreme control" over her, including coaches listening through her hotel door to check if she was asleep when she went on training camps as a youth and having to provide monthly blood samples which the body then owned.

The cyclist argued that this level of control was similar to that of an employer, with her ability to make money as a "freelancer" curbed by her contracts with British Cycling and UK Sport.

Her claims were backed by her partner and former British BMX star Liam Phillips and her agent James Harper.

Varnish, a former European team sprint champion and world silver medallist, has released a statement saying she was "disappointed at the judgement" but has "no regrets" in going through the process.

"Despite meetings, mediation and attempts at settlement, it was clear that the only way to engage and ensure change occurred within these organisations was a legal challenge," the statement reads.

"There is no other option open to athletes.

"It took two leading barristers, a team of eight lawyers, a seven-day tribunal, close to £1 million ($1.3 million/€1.1 million) in legal fees and a proclamation that the 'skies would fall in' if the system was changed for British Cycling and UK Sport, to answer some simple questions posed by one athlete about the set-up of the World Class Performance System.

"That it required all of this, and that even during the tribunal they struggled to answer simple questions, showed me I was right to push through my concerns and seek clarity, not just for myself, but for all athletes on the World Class Programme, to ensure that the administrators at these organisations are as world class as the athletes that represent them."

Varnish added: "The defence and tactics used against me at times were aggressive, my character was repeatedly called into question, my motives challenged.

"I was heavily briefed against and my sporting opportunities were lost.

"This wasn’t a defence that upheld the Olympic ideals rather one that embraced the win at all costs mentality for which they’d recently been criticised.

"The irony for me is, right at the beginning of this process, when I met with British Cycling, all I asked for was an apology and commitment to improve athlete welfare.

"I therefore hope that Julie Harrington (British Cycling's chief executive) can reflect on how my situation was handled and ensure that no other athlete endure the same inept process.

"Also, with the recent appointment of British Cycling’s first integrity and compliance director, Rod Findlay, I hope he ensures that athletes have an outlet and process which will allow them to hold British Cycling employees to account for inappropriate behaviour and mis-use of personal data."

Varnish has also stated her intention to meet with her legal advisors in the coming weeks to consider grounds for an appeal, but said she takes the process seriously and "will not appeal for appeal’s sake".

Linden told the tribunal that Varnish was telling "half-truths".

"This is a case of the highest public interest and extremely important to athletes, sport and the funding bodies, so it is vital a true and fair picture is presented," he said.

"What we have witnessed here is the difference between self-interest and the public interest."

The landmark ruling is seen as a blow to any other Olympic athletes who had considered the possibility of suing UK Sport and/or their respective governing bodies.

UK Sport said the verdict provides reassurance that the relationship between itself, national governing bodies and athletes is "as it has always intended to be", adding that it should "provide the means and support for talented athletes to achieve their dreams of realising success at the Olympic and Paralympic Games".

"Whilst this verdict did not find Jessica Varnish to be an employee or worker of UK Sport or British Cycling, we have already taken action to strengthen the duty of care and welfare provided to athletes and are ensuring that avenues for raising any concerns are effective and appropriate," a statement reads.

"It also gives us confidence that the structure of the relationship between other national governing bodies, their athletes and UK Sport can continue in a similar way but we will reflect on the concerns that were raised through this case when finalising our future strategy for post Tokyo [2020].

"We regret for Jessica Varnish, her partner and her family that pursuing this case was considered the best course of action she had to address the concerns she felt she experienced as an athlete on the British Cycling World Class Programme.

"We hope Jess feels proud of the success she achieved through cycling and we wish her all the very best for the future."

British Cycling said in a statement that the decision to contest the case was founded on what it believes to be "the best interests of riders who represent Great Britain" and its conviction that its "relationship with them is not one of employer-employee but that of a service provider supporting talented and dedicated athletes to achieve their best".

"We very much regret that Jess was advised to pursue the route of an employment tribunal when we had made significant efforts to reach a resolution which all parties regarded as equitable," the statement adds.

"Thanks to a lot of hard work by staff and riders, the culture of the Great Britain Cycling Team is changed for the better since Jess first raised her concerns and we hope to welcome her to the National Cycling Centre as we would any other rider who has represented Great Britain."

He pulled out on legal grounds, however, as he is set to face a tribunal after recently being accused of ordering testosterone "to administer to an athlete to improve their athletic performance".

The General Medical Council is bringing a misconduct case against Freeman to the Medical Practitioners Tribunal Service from February 6 to March 5.

Freeman is also accused of dishonest conduct by claiming that an order from Fit4Sport Limited for 30 sachets of testogel, which is banned by the World Anti-Doping Agency, had been made in error in May 2011.