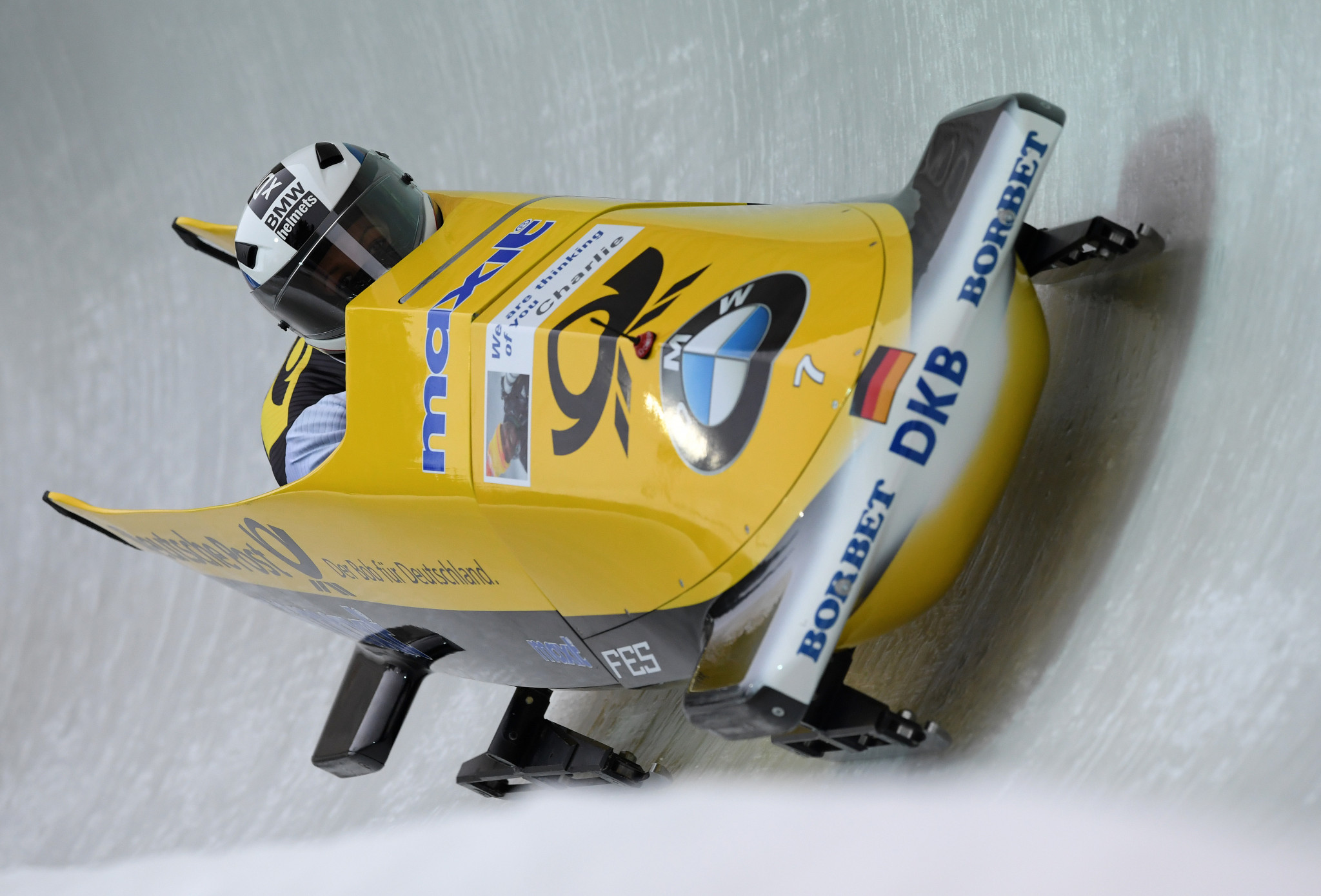 Jamanka, the reigning Olympic champion, was hoping to extend her overall World Cup lead with her brakewoman Drazek at a home track in Germany.

Britain's Mica McNeill and Montell Douglas held the lead at the halfway mark, with the duo appearing on course for a maiden podium finish.

The duo would slip down the standings to sixth after the second run, but launched a protest due to a disposable cup being thrown onto the course as they began their effort.

The appeal was rejected but a timing error was discovered which saw the pair rise to their best World Cup finish of fourth.

Jamanka and Drazek were among the pairings to rise above the British crew in the second run, with the duo finishing in a time of 1min 57.25sec.

Canada's Christine De Bruin and Kristen Bujnowski finished as the runners-up in 1:57.56, ending 0.31 seconds off the pace.

Bronze was earned by the United States' Elana Meyers Taylor and Lake Kwaza, who finished in a time of 1:57.64.

They were 0.4 seconds clear of Britain's McNeill and Douglas.

Further German success came in the two-man competition with Francesco Friedrich and Thorsten Margis rising from third place after the first run to take victory.

The duo, the joint Olympic two-man champions, finished with an overall time 1:52.19 after posting the fastest second run.

Canada's Justin Kripps and Cameron Stones were second on 1:52.56, with Latvia's Oskars Kibermanis and Miknis Matiss completing the podium on 1:52.67.

Kripps shared the Olympic title with Friedrich and Margis at Pyeongchang 2018 with Alexander Kopacz, after both pairs finished on the same time.

Friedrich’s third successive win saw him move onto 675 points at the top of the World Cup standings, with Kibermanis second on 620.