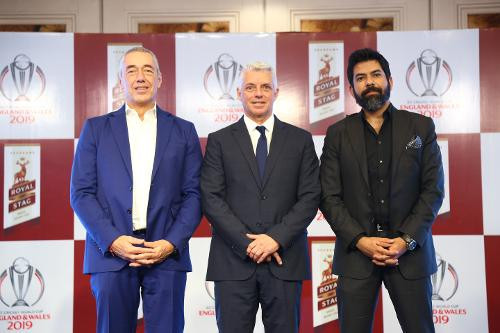 The International Cricket Council (ICC) has announced a five-year agreement with Royal Stag which sees the whisky brand become the official sponsors of cricket's international events.

The five-year partnership will see the Indian firm become the sponsors for the biggest cricket events such as the ICC Cricket World Cup, ICC T20 World Cup and the ICC World Test Championship.

The first significant event Royal Stag will sponsor will be next year's men's Cricket World Cup, due to held in England and Wales from May 30 to July 14.

Cricket has always been a central aspect of Royal Stag's brand communication, with Indian cricket icons such as Mahendra Singh Dhoni and Harbhajan Singh previously featuring in the brand's advertising campaigns.

"The ICC is pleased to welcome Royal Stag on board as our proud partner," David Richardson, the chief executive of the ICC, said.

"We look forward to working together for the next five years in delivering a meaningful experience to the one billion plus adult cricket fans across ICC global events."

Chief marketing officer of Royal Stag's owner Pernod Ricard, Kartik Mohindra said: "Royal Stag has always stood by its brand philosophy of 'Make It Large' - inspiring people to dream large and be the creators of their own destiny.

"Our journey with cricket started in 2000 and since then we have only strengthened our brand associations with the sport, creating a huge impact on cricket fans across the country.

"Our aim is to share the excitement of the game with cricket fans around the world.

"Partnering with ICC, one of the most coveted sports bodies in the world, allows us to deliver a truly “Make it Large” experience for die-hard cricket fans, especially with the ICC Men’s Cricket World Cup around the corner."