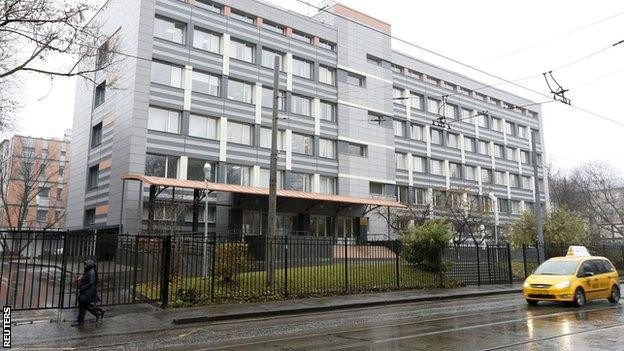 Russia is on the verge of having its suspension reimposed by the World Anti-Doping Agency (WADA) after an inspection team visiting the Moscow Laboratory was denied access to raw data to complete its full reinstatement.

The five-member WADA team led by independent expert Dr. José Antonio Pascual had arrived in Russia on Monday (December 17) but returned home without having retrieved any of the data in the Laboratory Information Management System (LIMS) it had been promised access to.

Russian authorities claimed that the inspection team's equipment to be used for the data extraction had not been certified under the country's law.

Access to the Laboratory and data on Russian athletes for the period between 2011 and 2015 by December 31 was a key condition of WADA’s controversial decision in September to reinstate the Russian Anti-Doping Agency (RUSADA).

RUSADA had been warned that if any of the conditions were not met by the end-of-year deadline then they faced being declared non-compliant again.

This issue about the equipment had not been raised during an initial meeting on November 28 in Moscow, WADA claimed, after which they sent its expert team back to Moscow to retrieve the data.

Pascual is now to prepare his formal report on the mission and, as planned, the report will be sent to the WADA independent Compliance Review Committee (CRC).

They are due to meet on January 14 and 15 when RUSADA's Code compliance status will again be considered and the CRC’s recommendation will then be considered by the WADA Executive Committee.

WADA claimed their team was ready to return to Moscow "should the matter be resolved by Russia expeditiously".

But he added "the experts are satisfied with the visit".

"We should receive by the year-end an official statement from WADA regarding another visit of the independent experts to the Moscow Anti-Doping Laboratory," Kolobkov said.

"There will be another visit."

"Surprise, surprise - is anyone shocked that the Russians are bobbing and weaving to escape accountability?" he told news agency Reuters.

"Let's hope WADA has learned its lesson this time and declares them non-compliant."

Retrieval of the data has been dubbed "the missing piece of the puzzle" by WADA officials who claim they will be able to use it to implicate or exonerate Russian athletes.