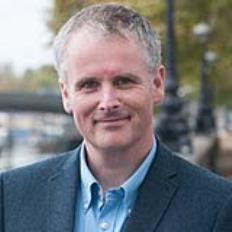 The British Equestrian Federation (BEF) has appointed Matt Williams as its new Head of Communications to lead and develop its communications and marketing strategies.

Williams has worked for the past 20 years as a sports journalist with the BBC and has for the last eight years appeared as a sports presenter on the Radio 2 drive-time Show with Simon Mayo, reaching an audience of more than six million each week.

"I believe strongly in the power of sport and story-telling," Williams, who covered the Beijing 2008 Olympic Games during his time as sports presenter on BBC Radio 5 Live Breakfast with Nicky Campbell from 2006 to 2010, said.

"I believe there are many great stories to be told about equestrian sports.

"Our elite riders lead the world but millions of others and their support staff take part in this sport every week because they love it.

"I can't wait to meet them and tell their stories."

Nick Fellows, chief executive of the BEF, added: "Matt is a well-known voice on the BBC with a very impressive background in sports media and we can't wait for him to join the team.

"His knowledge of the industry will be a huge asset to our communications strategy as we look to promote the values and benefits of equestrian sport.

"He is a clear and passionate communicator and is someone we believe will work well engaging with all of our stakeholders."

Williams joins an organisation that has undergone considerable administrative turbulence in the past year, with an investigation finding that Clare Salmon, who resigned as BEF chief executive in July 2017, had been a victim of "bullying" and "elitism" since taking up her post in February 2016.

Salmon cited "serious concerns" in the "culture and governance" of the national body.

The head of communications will be responsible for developing and implementing the BEF’s communications and marketing strategies in support of the wider Federation strategy, promoting, through influence and advocacy, its purpose, activities and values.