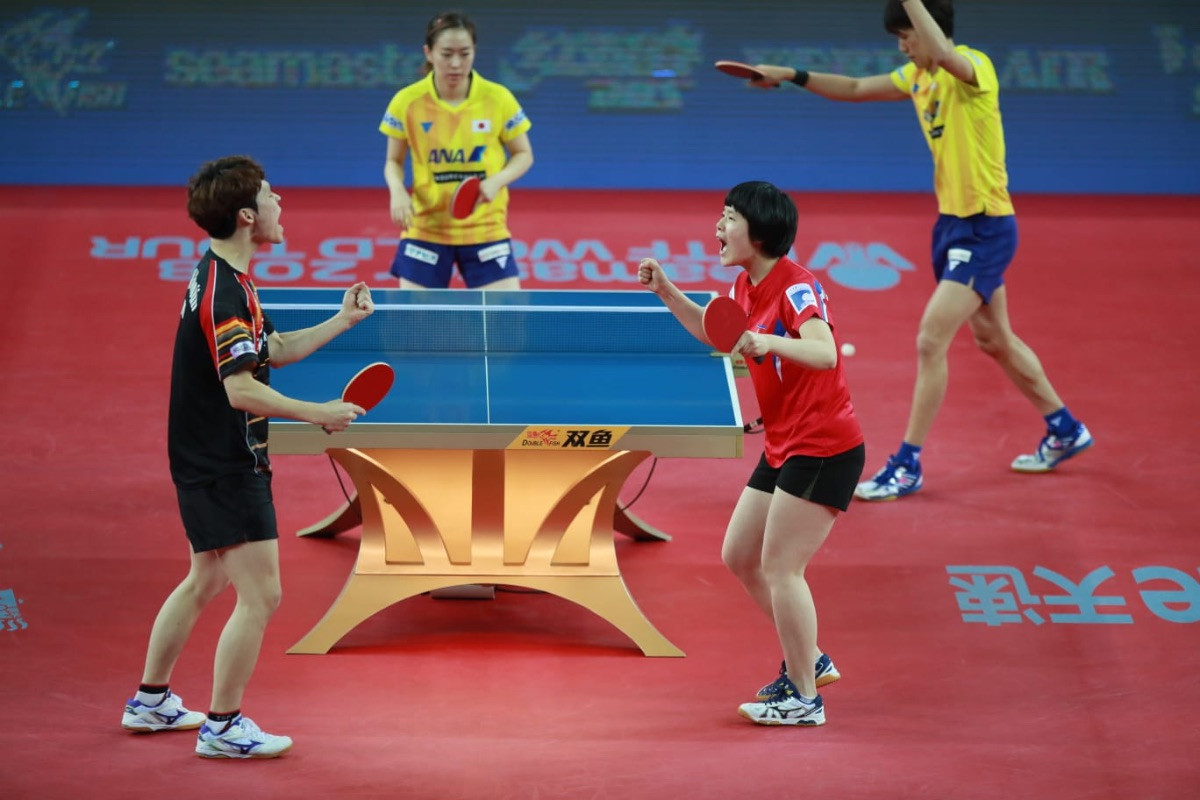 It means they have earned a semi-final against home pair Lim Jonghoon and Yang Haeu tomorrow.

"It was an honour just to play the match in our country and by winning the match, I was glad to return the fans' cheering and support," said Jang.

"We shall try harder and train more now to win the next game.

"I felt the same support when we played together in Daejeon earlier this year - I realised how the fans can really give me greater strength.

"I believe that the fans cheering me can actually turn into additional points in the game, enabling us to win."

Japan's Masataka Morizono and Yuya Oshima, who took the men's doubles title in the Kazhak city of Astana last year, were seeded second in Incheon and lived up to their billing with an 11-5, 11-8, 11-3 win over eighth seeds Nandor Ecseki and Adam Szudi of Hungary.

They will next meet Hong Kong's number three seeds Ho Kwan Kit and Wong Chun Ting in the semi-finals.