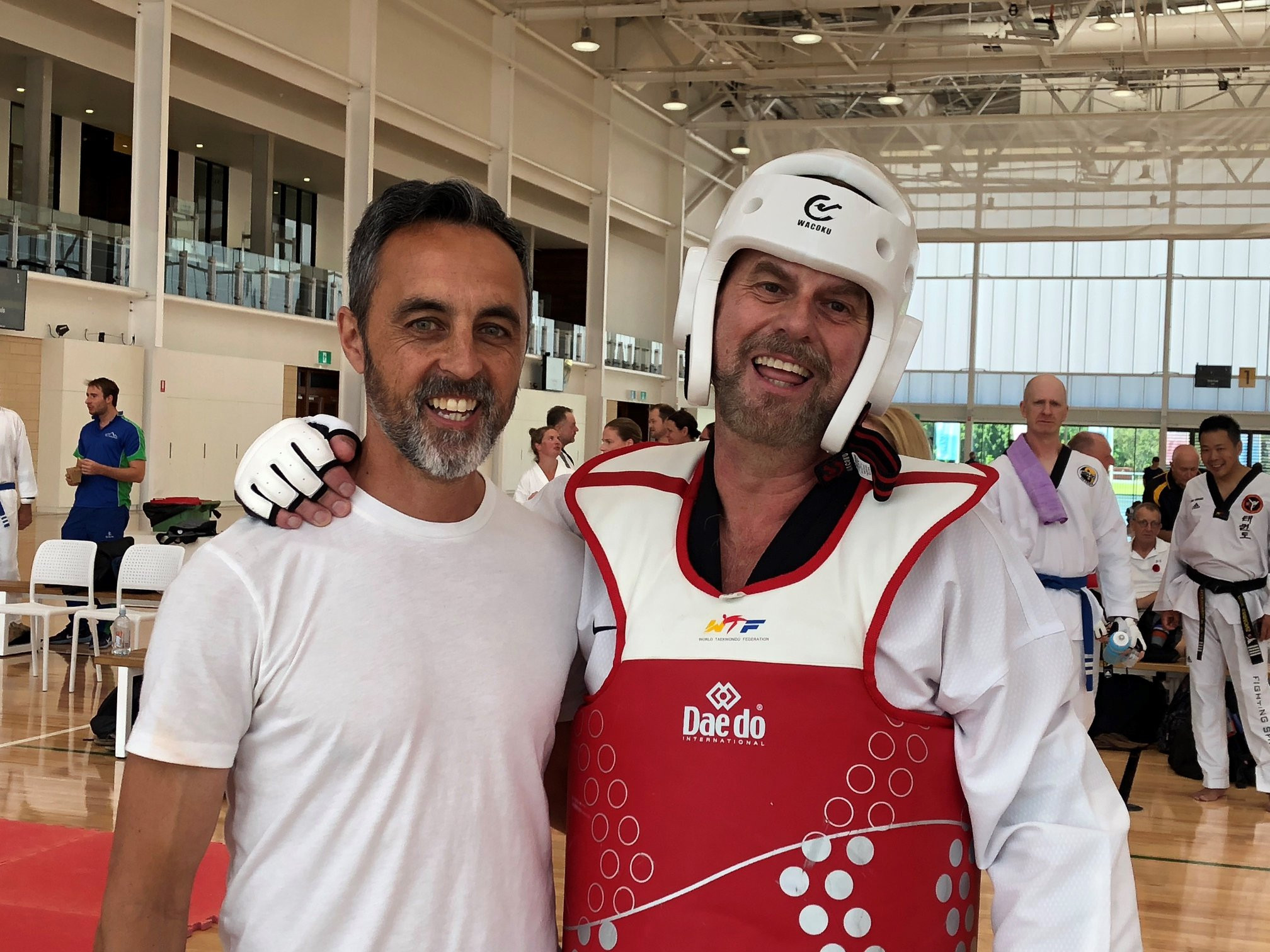 Australian Taekwondo has paid tribute to a fighter who won a gold medal despite undergoing knee surgery just four months ago.

Rob Brown had a major operation on both of his knees but still came out on top at the Masters Pan Pacific Games in Gold Coast.

He represented Melbourne Taekwondo Club in the 50 to 59 years-old black belt heavyweight division.

Brown returned to training just three weeks after his surgery and was remarkably competing in his first taekwondo event at the age of 57.

He did not declare his injury before entering the tournament.

"I did not think about the time only the goal," said Brown, who received a bye in the first round which put him straight into the final.

"If it had been six months it would have been easier but four months was what we had.

"I didn't want any special consideration.

"Either I am good enough to wear this belt or I am not."

Amazingly, Brown's opponent in the final is also in line for the same knee operation.

"In four months Rob went from a major operation to standing in the ring of an international competition as an example of what can be achieved with the right friends and a sporting community behind you," an Australian Taekwondo statement said on Facebook.