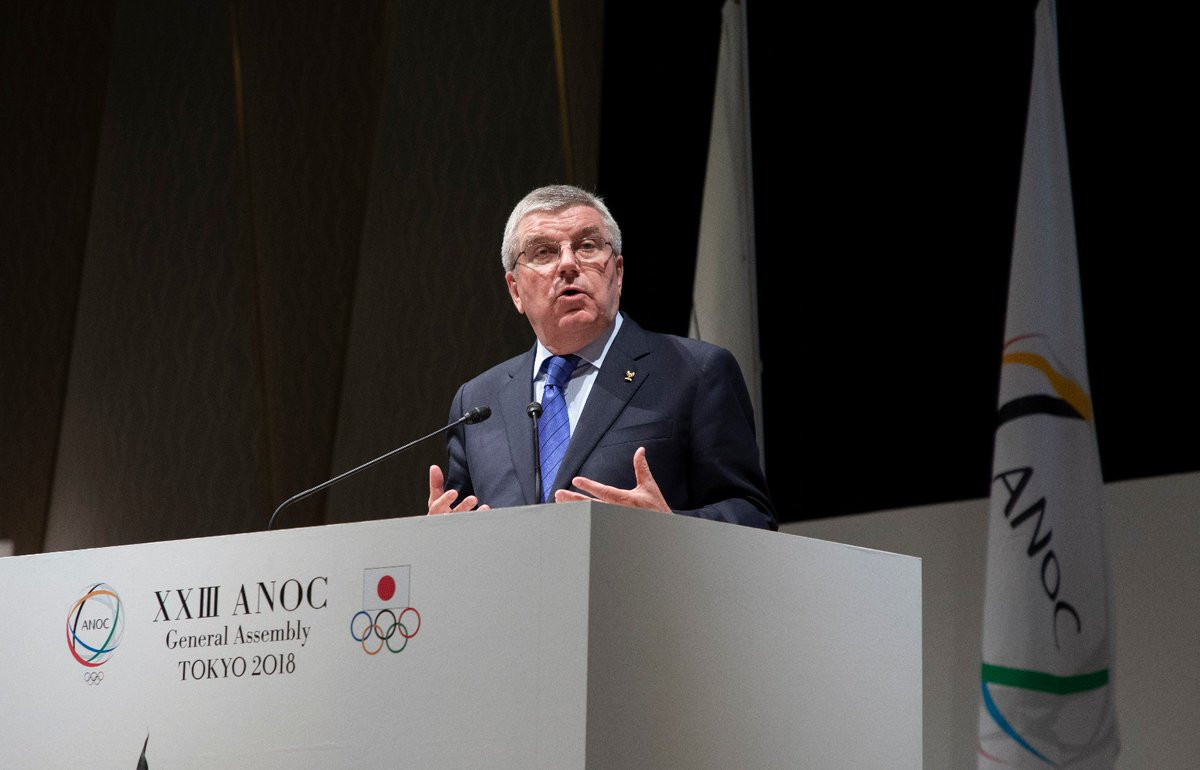 International Olympic Committee (IOC) President Thomas Bach attacked officials who claim to speak on behalf of competitors across the world as he stepped up his insistence that the organisation's own Athletes' Commission is one of the only groups which has the legitimate right to do so.

In a keynote address at the Association of National Olympic Committees (ANOC) General Assembly here today, Bach criticised officials that "have not been elected by anybody in the sports world" who have spoken out in the recent debate on increased representation for athletes in major organisations.

Bach also launched an impassioned defence of the IOC Athletes' Commission, the effectiveness of which has been questioned by those who claim it mainly represents the viewpoint of the administration.

The fallout to the Russian doping scandal has fuelled a debate on enhanced representation for current and former competitors, particularly at the World Anti-Doping Agency (WADA).

The Athletes' Commissions at the IOC and WADA have also been at loggerheads, with the IOC taking every opportunity to highlight how their own group is elected rather than appointed - a point Bach was keen to raise in his address.

Bach claimed that the athletes' rights and responsibilities document, given unanimous approval at the Session in Buenos Aires last month, gave added credence to the value of their Athletes' Commission.

"This Athletes’ Commission and the Steering Committee have managed to put this together, and with this declaration they can really say they are speaking on behalf of the world," Bach said.

"This we should respect because they have legitimacy.

"Unfortunately I have heard so many voices in the past, where it was about, 'I am speaking on behalf of the athletes of the world'.

"Everybody can criticise and everyone can express their opinion.

"We have also to put this into perspective, that if there are critics, yes express your opinion.

"But what I cannot understand is sometimes even officials who have not been elected by anybody in the sports world express their opinion and say they are speaking on behalf of the athletes of the world."

Bach added: "On behalf of the athletes of the world is these elected Commissions, these representatives, this Steering Committee who have had this procedure of dialogue with thousands of athletes around the world.

"This we should respect and this we should then defend as much as we defend the freedom of expression for everybody.

"They should please say this is my opinion or this is the opinion of a group of people but not to claim to speak on behalf of the athletes of the world."

Bach's comments could be interpreted as a criticism of the likes of WADA vice-president Linda Helleland and United States Anti-Doping Agency chief executive Travis Tygart, who have both positioned themselves as speaking on behalf of athletes with their recent criticisms of the decision to reinstate the Russian Anti-Doping Agency.

His speech came after the IOC Athletes' Commission confirmed it would hold what it claims will be the largest edition of the International Athletes' Forum next year.

Athlete representatives from all 206 National Olympic Committee Athletes’ Commissions will be added to the list of invitees for the first time.

The WADA Athlete Committee have also been asked to attend, representing a continuance of the supposed softening of tension between the two bodies after they held a meeting in Baku earlier this month, along with the Athletes' Commissions of International Federations.

The IOC President called for all NOCs to send an athlete to the forum, scheduled to be held in Lausanne from April 13 to 15.

"This Athletes' Forum has another legitimacy to express the opinion of the athletes of the world," Bach added.