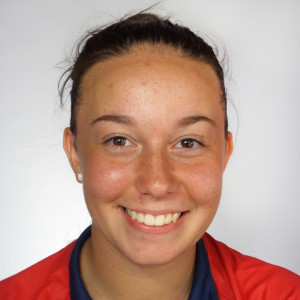 Fourteeen-year-old Casey Kaulfold of the United States, the next big thing in World Archery, won gold in the women’s recurve event today at the GT Open at Strassen in Luxembourg,.

At what was the first of the Indoor Archery World Series competitions this season, the youngster - who set a cadet world record in qualifying - secured the most prestigious victory of what promises to be a long and fruitful career with a 6-5 win in her final against Gabriela Bayardo of The Netherlands.

It was her first overseas senior event.

Britain’s Sarah Bettles took the bronze medal after a 6-5 win over Aida Roman of Italy.

Elsewhere at the Guillaume Tell Strassen Archery Club, world number two Steve Wijler lived up to his billing as he took gold in the men’s recurve event.

The Dutchman beat Tom Hall of Britain 7-1 in the final.

World #2 Steve Wijler cruises to his first win of the indoor #archery season at the GT Open. 🏹🎯 pic.twitter.com/TUyGN3Wnwx

Croatia’s Domagoj Buden took the men’s compound gold medal by the narrowest of margins after he and Stephan Hansen of Denmark had finished level on 147 points.

In the shoot-off the Danish archer scored 10 - but his opponent scored an even more central 10 to take gold.

The bronze medal went to Denmark’s Tanja Jensen, who beat Cassidy Cox of the US by the same score.

World Archery’s re-branded event is due to culminate in the Indoor Archery World Series Final in Las Vegas in February.