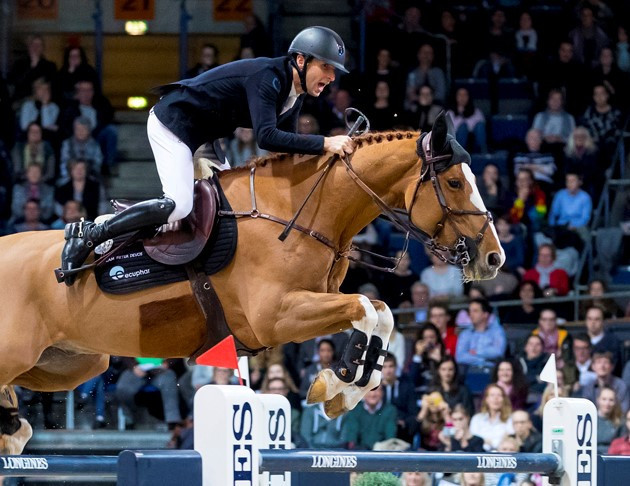 Devos was the last to go against the clock with chestnut gelding Apart and he posted a time of 49.05sec to better that of Kuehner, riding PSG Final, by 7.57 seconds.

Rounding out the podium after an extraordinary 10-horse jump-off was Germany’s Christian Ahlmann, who finished a further 1.06 seconds back on Tokyo.

"There were some options in the jump-off that were not easy to do and there were a lot of misunderstandings from the horses, so it wasn’t fluid - riders were trying everything they could, but it was not working out well," Devos said.

"I decided I would go for a clear round, but I knew I had to keep my head and stay concentrated."

He added: "I could see I could go six or seven seconds quicker but I also knew if I knocked a fence then I would be nowhere anymore.

"But Apart jumped really well - he'd already won a lot of classes for me, but never anything as big as this, so I’m really happy for him."

Pieter Devos and Apart 🇧🇪 were last to jump and held their nerve to take the win in the @LonginesEq #FEIWorldCup #Jumping. Whilst Max Kühner 🇦🇹 beat Christian Ahlmann 🇩🇪 for the runner-up spot at the Stuttgart @GermanMasters Show.🏆 pic.twitter.com/woDGsZy83H

Devos, 16th in the world rankings, is now lying second in the Western European League standings with 39 points.

He is only marginally away from qualifying for the FEI Jumping World Cup Final in Gothenburg in Sweden next April.

"I will go to Madrid next week and then Mechelen in December," Devos said.

"After that. I’ll make a plan for the second half of the season but I don’t need too many more points now which is great."

The London 2012 Olympic gold medallist, who has 41 points to his name, faulted at the second fence in the jump-off.

Fellow Swiss Martin Fuchs, who did not compete today, is third in the standings with 35 points.