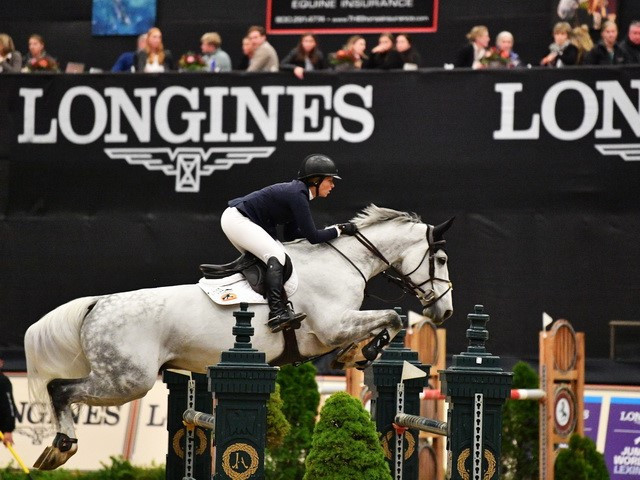 Beezie Madden claimed a second victory in as many weekends as the International Equestrian Federation Jumping World Cup season continued in Lexington.

The United States rider triumphed in the North American League event to add to her win in Washington D.C on October 27.

It was a World Cup debut for the 10-year-old Swedish Warmblood gelding but the pair still won after a six-rider jump-off.

Madden went double clear and clocked the quickest time of 36.57sec as she took to the course for the second time.

Kent Farrington and Creedance also went clear twice, stopping the watches at 37.37 in the jump-off.

"I was lucky enough to see Laura [Davis] go, and the competitive nature in me took over a little bit," said Madden.

"I thought [the riders] were having trouble with the approach to [the first fence], so I showed [Chic] a gap when I went in and we got a good approach."

Madden, a team jumping Olympic gold medallist at Athens 2004 and Beijing 2008, is already qualified for next year's World Cup Final in Gothenburg as she is the defending champion.

She is tied with Ashe Cawley on 46 points in the North American League East Sub League standings, but leads the way due to her two qualifying victories.

Canadian city Toronto will host the next North American League leg on November 10.