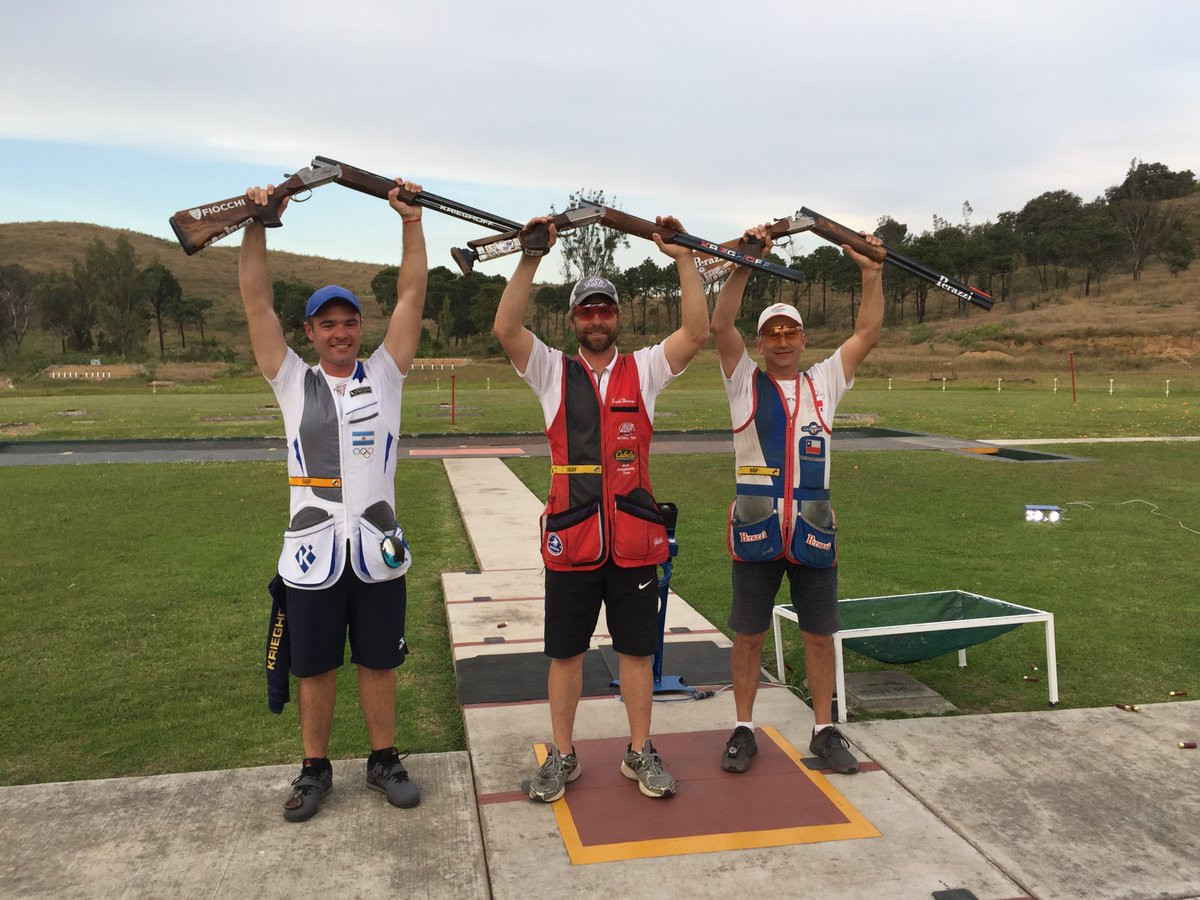 Two-time Olympian Frank Thompson equalled the men's skeet record as he brought the United States campaign in the Championship of the Americas to a golden close in the Mexican city of Guadalajara.

Thompson, who had missed just one target in heading qualification with 174 out of 175, missed only once again in the final to finish with 59 out of 60.

Federico Gil of Argentina took silver at the Club Cinegetico Jalisciense with 57, in front of Chile's Jorge Atalah who scored 47.

With this win, Thompson also brought the US up to a maximum of Tokyo 2020 Olympic quotas in men's skeet.

The US also took team gold thanks to the efforts of Phillip Jungman, who finished fourth, and seventh-placed Dustan Taylor.

The country have also earned the maximum number of 2020 quotas possible in women's skeet and men's three-position rifle, ending the Championships with 12 places in all.

Athletes will earn Olympic team spots via a trials system established by USA Shooting with the winners in Mexico not guaranteed a berth.

The US added to their gold tally in the opening event of the final day as George Norton, of the US Army Marksmanship Unit, won the men's three-position rifle event over his team-mate Patrick Sunderman.

The Championship of the Americas have come to a close in Guadalajara, Mexico with the USA Shooting Team earning an additional 8 Olympic quotas! Read the recap of the final 2 days of action: https://t.co/uLjsDcmrns pic.twitter.com/yFrUH02GkG

Juan Diego Angeloni of Argentina beat US shooter Lucas Kozeniesky to bronze, but the Americans won team gold for their combined qualification score of 3,470.

In the 25m men's rapid fire pistol, three-time US Olympian Keith Sanderson was top qualifier for the final with a score of 584, but had to settle for bronze after amassing 23 hits.

Skeet was the last final to be contested in the women's programme, and the event was won by US shooter Amber English, with 55 out of 60 hits.

The Championship of the Americas was also the only opportunity for athletes to earn quotas for the Pan American Games next year in Lima, Peru.

Two Olympic quotas will be available in each individual event at the Pan American Games, which is the last chance for athletes to earn quotas prior to the 2020 Olympic Games.