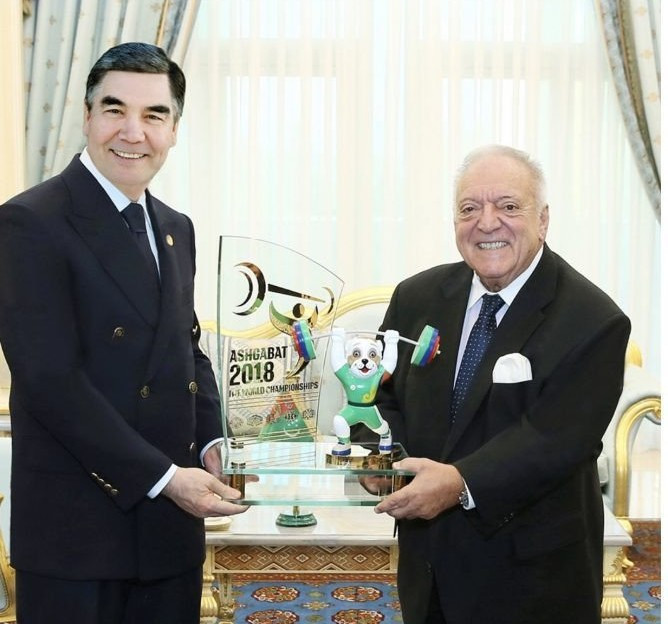 During a two-hour meeting at Berdimuhamedow’s office, the pair discussed several issues of common interest.

Aján, an honorary member of the International Olympic Committee, expressed the IWF’s appreciation and gratitude for the “perfect” organisation of the World Championships.

He also praised the state-of-the-art facilities and top-level conditions provided to the athletes and officials from around 100 countries across the world.

Peru's capital Lima had been due to host this year's World Championships, but agreed in November 2017 to hand over the event to Ashgabat.

The Peruvian Weightlifting Federation relinquished its role as host "to support the sport's family".

Competition concluded today and has been held here on the Ashgabat Olympic Complex, which played host to the 2017 Asian Indoor and Martial Arts Games and includes more than 30 different sites and an Athletes' Village.

A total of 60 gold medals have been won across 10 days of action.