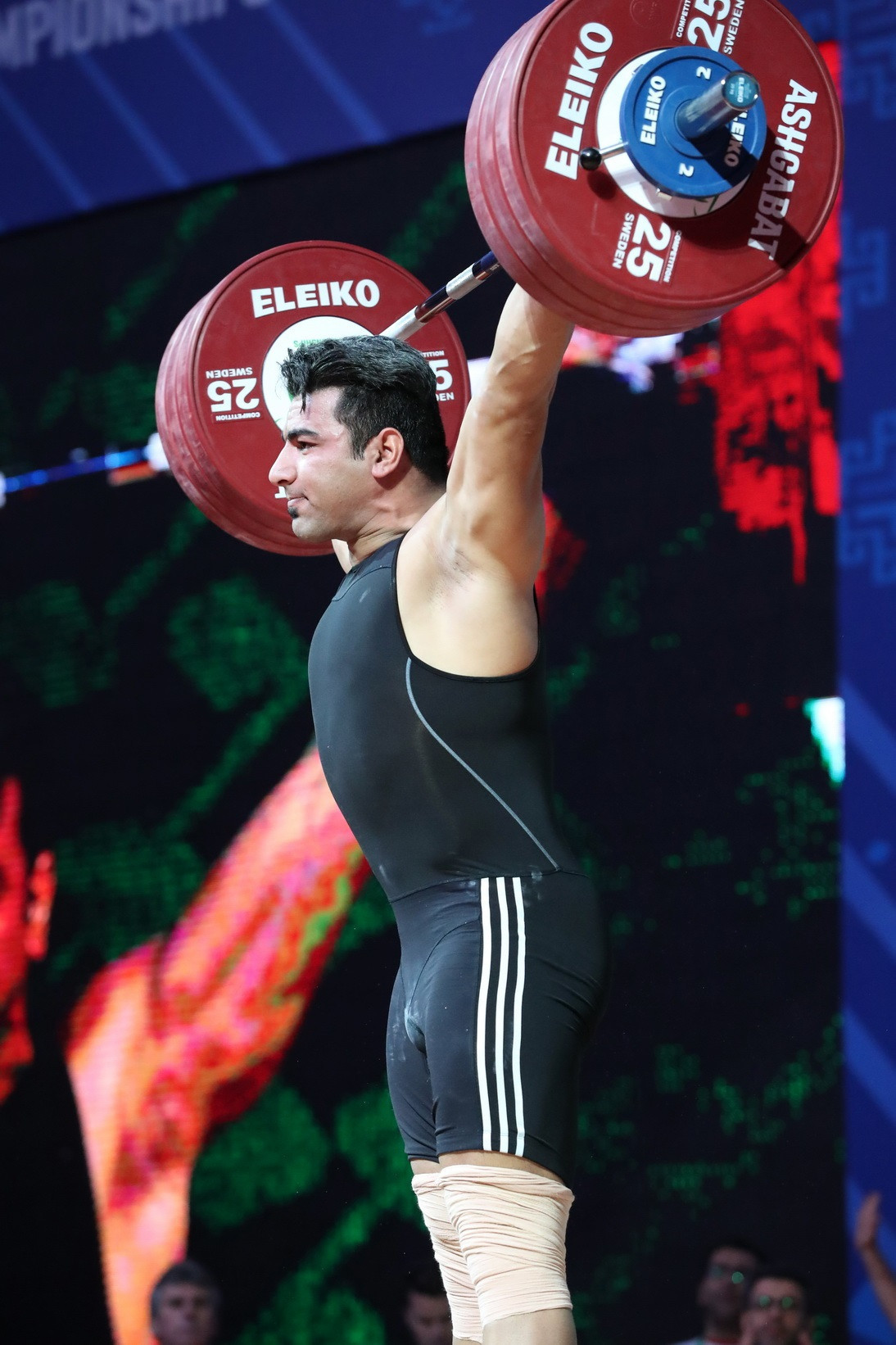 Hashemi, the winner in the men’s 105kg category at the 2017 IWF World Championships in Anaheim, secured victory with a total of 396kg.

It came after the 27-year-old finished second in the snatch with 179kg and third in the clean and jerk with 217kg.

Ukraine’s Dmytro Chumak was the overall silver medallist with 393kg having come third in the snatch with 176kg and second in the clean and jerk with 217kg.

His total was matched by Hashemi’s compatriot Reza Beiralvand, who clinched the bronze medal after finishing fourth in the snatch with 175kg and first in the clean and jerk with 218kg.

Hashemi and Chumak had an opportunity to better Beiralvand’s best clean and jerk lift, but they both failed at 221kg with their final attempts.

The snatch gold medallist was Uzbekistan’s Akbar Djuraev with 180kg.

The 19-year-old’s winning lift marked the second time he had broken the junior world standard in the event today, having managed 178kg with his second attempt.

He also broke the junior world standard total on two occasions, registering 387kg and then 392kg after lifting 207kg and 212kg with his second and third clean and jerk attempts respectively.

Earlier in the day, Valentín won the women’s 81kg overall gold medal with 249kg after finishing first in the snatch with 113kg and third in the clean and jerk with 136kg.

The victory comes a year after the 33-year-old legend, who has an Olympic medal of every colour, claimed the world title in the 75kg category.

She competed in a higher bodyweight category than usual here, opting for the 81kg as oppose to the 76kg.

"I had an injury in my shoulder and I didn’t want to be exhausted losing weight a few days before the competition," Valentín said.

"My coach said it could even be for my benefit, and he was right."

Belarus’ Darya Naumava finished second in the total with 245kg having come third in the snatch with 108kg and first in the clean and jerk with 137kg.

Ecuadorian Tamara Yajaira Salazar Arce stood on the third step of the overall podium with 242kg.

She also earned the silver medal in the clean and jerk with 137kg.

Second place in the snatch went to Kazakhstan’s Raushan Meshitkhanova, who earlier achieved 108kg when competing in Group B.

The United States’ Jenny Lyvette Arthur would have won the clean and jerk gold medal and overall bronze had she not failed at 138kg with the last lift of the competition.

She ended up in fourth place in both those events, with 135kg and 241kg respectively, as well as the snatch, with 106kg.

Medals will be won in the women's 87kg and men's 109kg categories.