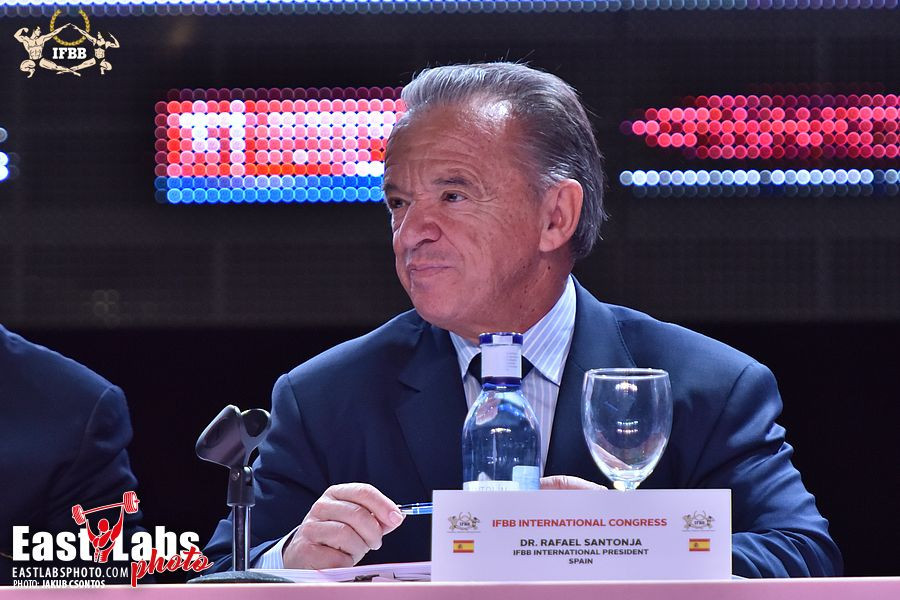 The International Federation of Fitness and Bodybuilding (IFBB) re-elected Rafael Santonja as President at their World Congress held here in Benidorm today, before the World Bodybuilding Championships begin tomorrow.

The Spaniard had told insidethegames that he was to run unopposed for another term as President in October.

"I love the sport and I am a gifted person to be able to lead this federation," he said

Santonja has been President since 2006 and will now hold the role for another four years.

A record 94 countries were in attendance at the Congress at the Benidorm Palace in the Spanish seaside resort town.

Aside from Santonja's re-election, the creation of a Children's Committee, a new set of mandatory poses for the classic physique division and a redesign of the women's bodybuilding category were all approved.

The IFBB Executive Committee had met the day before as the official opening activity of the World Congress and Championships.