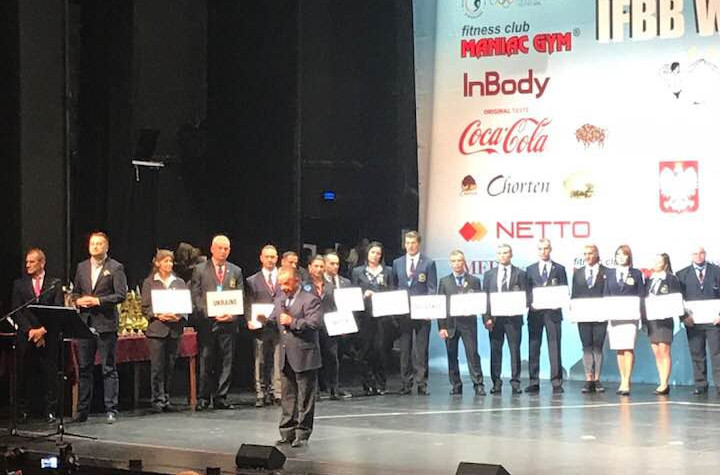 Rafael Santonja, the President of the International Federation of Fitness and Bodybuilding (IFBB), announced here today that his organisation will be taking part next February in the South American Beach Games.

"We are being recognised by Olympic organisations all over the world," the Spaniard, who is here in Poland for the IFBB World Fitness Championships, said.

"And we are going to have recognition in Europe as well because our athletes deserve it."

The 2019 South American Beach Games are being staged at Rosario, in Argentina, from March 14 to 23.

These will be the fourth edition of an event first held at Montevideo in Uruguay in 2009 and which has featured sports such as beach soccer, beach handball, beach volleyball, sailing and surfing.

The IFBB has also participated at the Central American Games.

In officially declaring the Championships open today, Santonja stressed the importance of the fact that the Federation is underpinned by an agreement with the World Anti-Doping Agency (WADA).

"Our gold medallists are athletes that are fully in line with the WADA protocols," he said.

"A sport is for dedication.

"For training, for proper eating and the best genetics.

"This makes a champion.

"Most of the champions you see here have been tested previous to the event.

"We are all here because we love the sport.

"We are here to celebrate our passion for fitness."

Earlier in the day, Santonja presented the IFBB Spirit award to Pawel Filleborn, the President of the Polish Federation and a long-time executive and head judge for IFBB.

"We are today in Poland and we have to celebrate that we are here because of the dedication of a great member of our IFBB family," Santonja said.

"We have an award called IFBB Spirit - and if we have to think of someone that symbolises this sport, we think of Pawel Filleborn.

"We have been friends for 35 years - we met when we were five, of course - and it is my honour to present Pawel with this award."