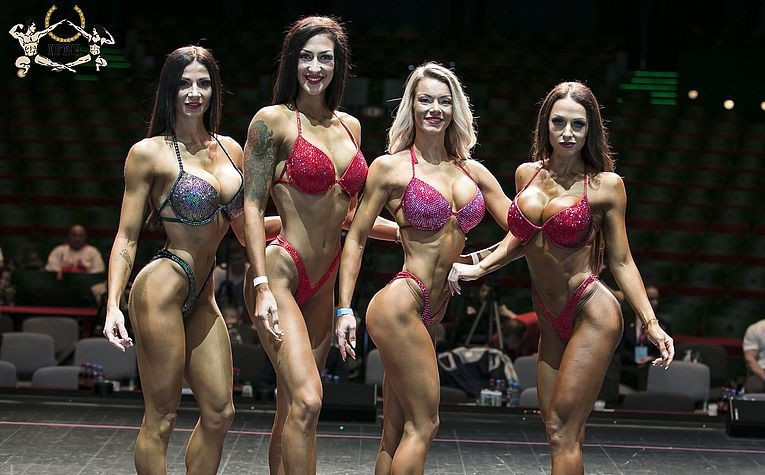 As the International Federation of Fitness and Bodybuilding (IFBB) World Fitness Championships concluded in Bialystok, Poland, the top performers were awarded IFBB world ranking points at what President Rafael Santonja described as the sport's "Oscars".

The top ten athletes in each category at the World Fitness Championships were awarded points towards their IFBB world ranking standing.

From the top 10 2018 IFBB world rankings, the top ten athletes in each category will be eligible to apply for their IFBB Elite Pro Card.

"This is our Oscar presentation," said Santonja.

"Something that has been achieved step by step.

"You have been working hard in the gym, you have been thinking in your diet and dreaming of success.

"This is the moment to celebrate.

"The IFBB is an international federation but it is also a family.

"We are a team, and we are working together day by day."

In the women's physique category, Ukraine's Viktoriia Pohribniak was victorious.

The Ukrainian won gold in the women's physique over 163cm but took silver in the overall physique competition behind team-mate Nataliia Dichkovska.

Russia topped the standings in the women's bikini fitness through Oksana Oleinik with Ukraine's Maryna Oborska in second.

Third place went to Estonia's Arida Muru who moved up from fourth with her world up-to-160cm title in Poland.

Ukraine's Alina Yaman held onto first place in the women's bodyfitness after only managing a silver at the World Championships.

Kaminska was sixth in the rankings ahead of the Championships, where she won gold in her category as well as the overall bodyfitness title.

There was home joy for Poland's Nikoletta Sularz who topped the wellness rankings.